“Their debut LP, ‘Aphasia’ (2020), aims for listeners to take a trip with the band giving us tones that are both ethereal and earthy.” — Doomed & Stoned 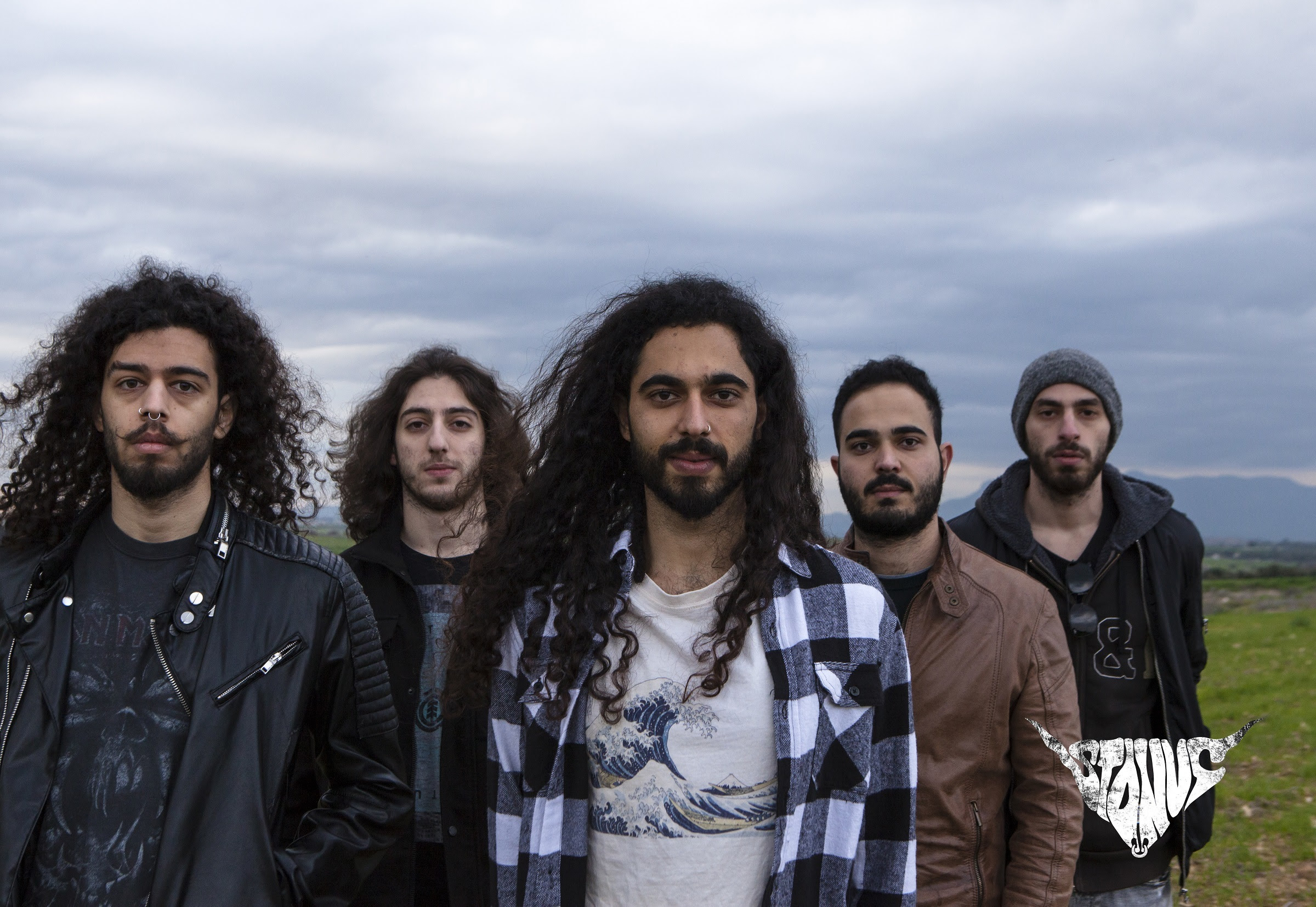 After spending five years in musical experimentation and constant learning, having two EPs under the wing, and living life between two countries (Cyprus and UK), heavy/stoner juggernauts Stonus released their debut album March 6th. Titled Aphasia, this album is available on vinyl (red, gold and die-hard editions) through Electric Valley Records and on CD through Daredevil Records. Recorded live at Wreck it Sounds Studios with a completely analog approach, Aphasia tries to imitate the mental disorder in a more spiritual and personal perception, allowing the listeners to travel to their own musical path. 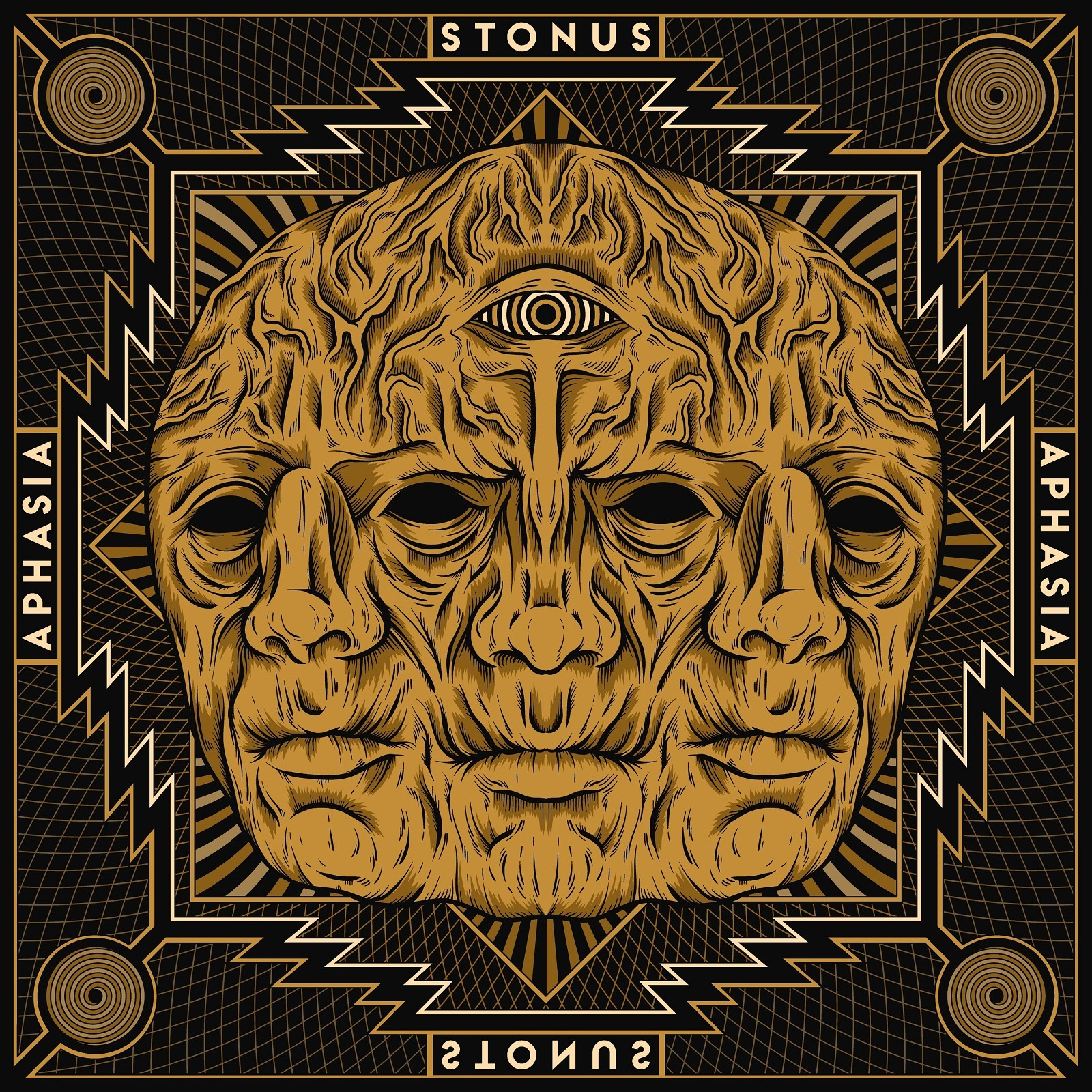 Cover Artwork: Diogo Soares
Hailing through the warm breeze of the Mediterranean, Stonus is a five-piece heavy/stoner rock band. Formed in 2015 in Nicosia, Cyprus, the nebulous fuzz bringers later moved to London in 2018. Their energetic performances, old school attitude, and high voltage sound side by side bring forth a psycho/stoner party out of this planet.

Throughout the years, Stonus has unleashed two EPs, played gigs/festivals in London, Bucharest, and all-around Cyprus. They were presented on national television at RIK-Entexnos as well as in various national radio shows. They also participated in the auditions for Schoolwave Festival in Greece.

On their debut album, Aphasia, Stonus has managed to define their sound seeking deep into their roots, combining a mix of psychedelic, stoner, doom, and hard rock. Clocking in at 41:43 minutes and recorded live at Wreck it Sounds Studios in Corinth, Greece under the supervision of George Leodis and John Modes, the debut LP is completely an analog approach.