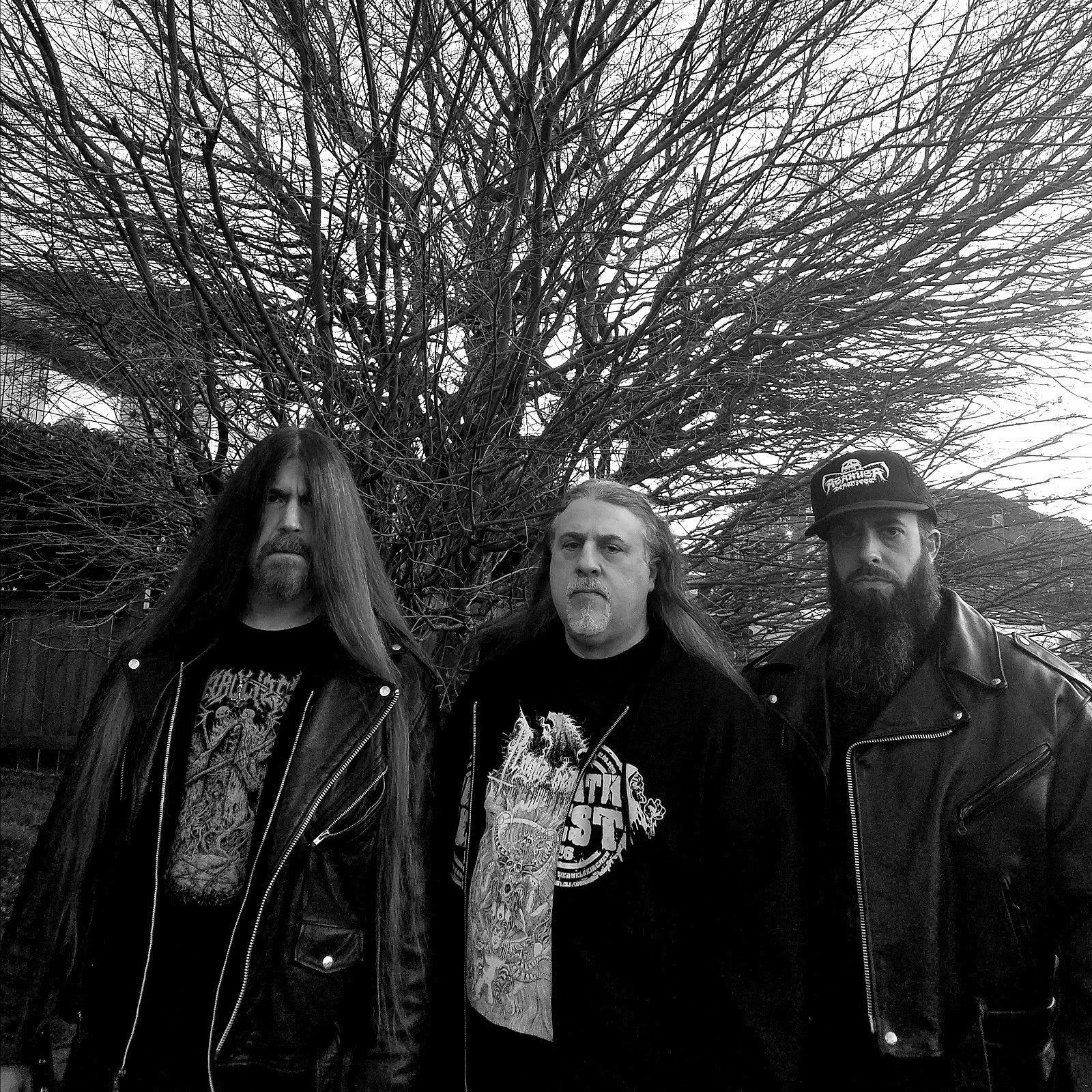 Krucyator Productions has re-issued Extermination Revelry (2003) and Return of the Black Death (2004): two of the timeless death metal masteries from the Drawn and Quartered’s formidable catalog. As both albums got their original CD release almost two decades ago via Moribund Records, a proper CD re-issue for both the records has been long overdue. Krucyator Productions has previously re-issued a couple of previous releases of the Seattle horde Drawn and Quartered, in addition to their last two full-lengths: The One Who Lurks (2018) and Congregation Pestilence (2021).

Order the albums on WEBSTORE or BANDCAMP of Krucyator Productions.

Track Listing:
01. Embrace of Darkness
02. Incinerated Faithful
03. The Ovens Await
04. Kill for My Master
05. Necrophile Decapitator
06. Worshippers of Total Death
07. Sodomized and Butchered
08. Under the Chainsaw
09. Abyss Behind My Gaze
10. Show No Mercy
11. Vengeance of the Unholy Inquisition 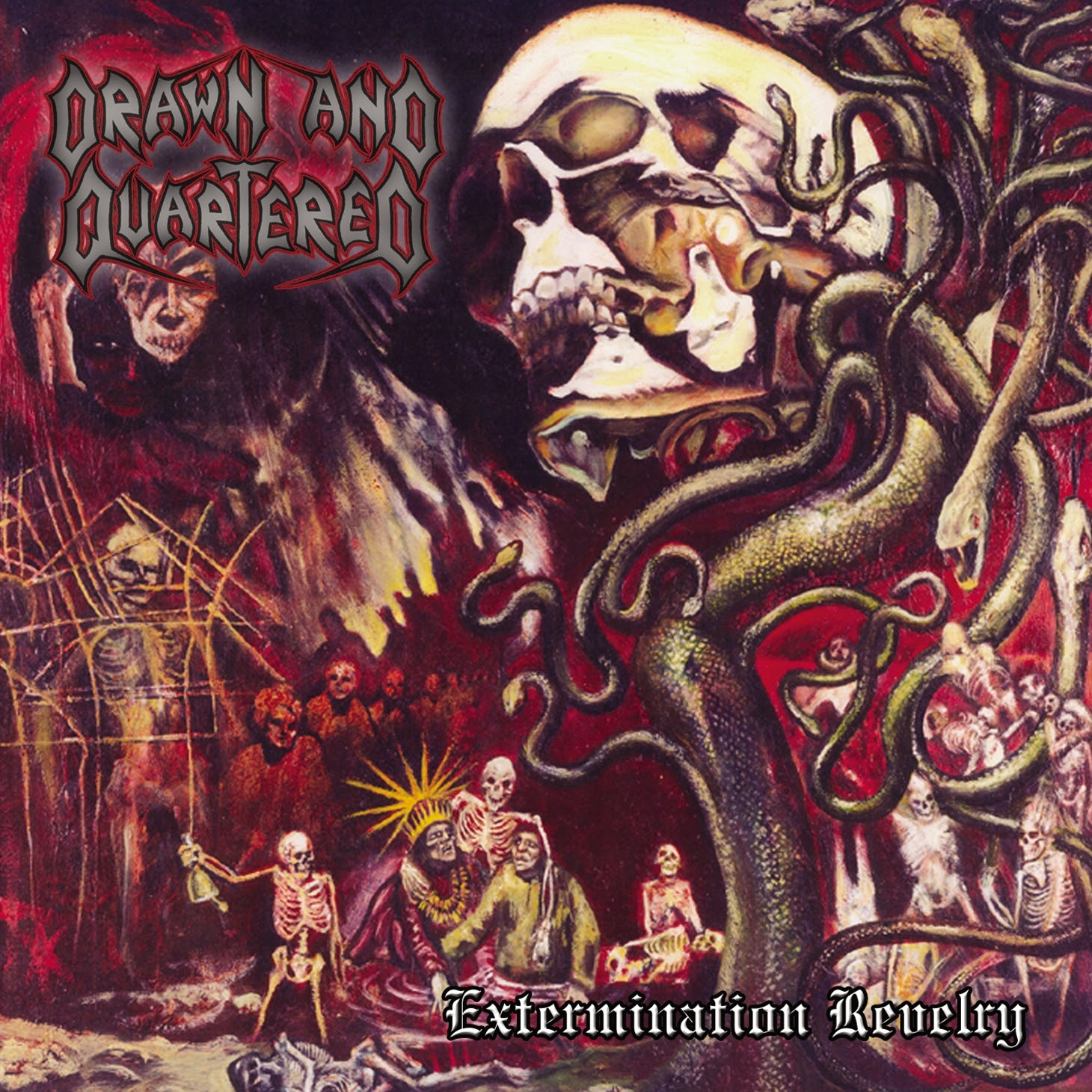 Return of the Black Death:

Track Listing:
01. Orgiastic Feast of Excremental Blasphemy (Perversion Glorified)
02. Until They Cease to Bleed
03. A Forest of Gore
04. As Idols Fall
05. On the Death Farm
06. Predatory Strangulation
07. Wiped from the Earth
08. Artisan of Mutilation
09. Return of the Black Death 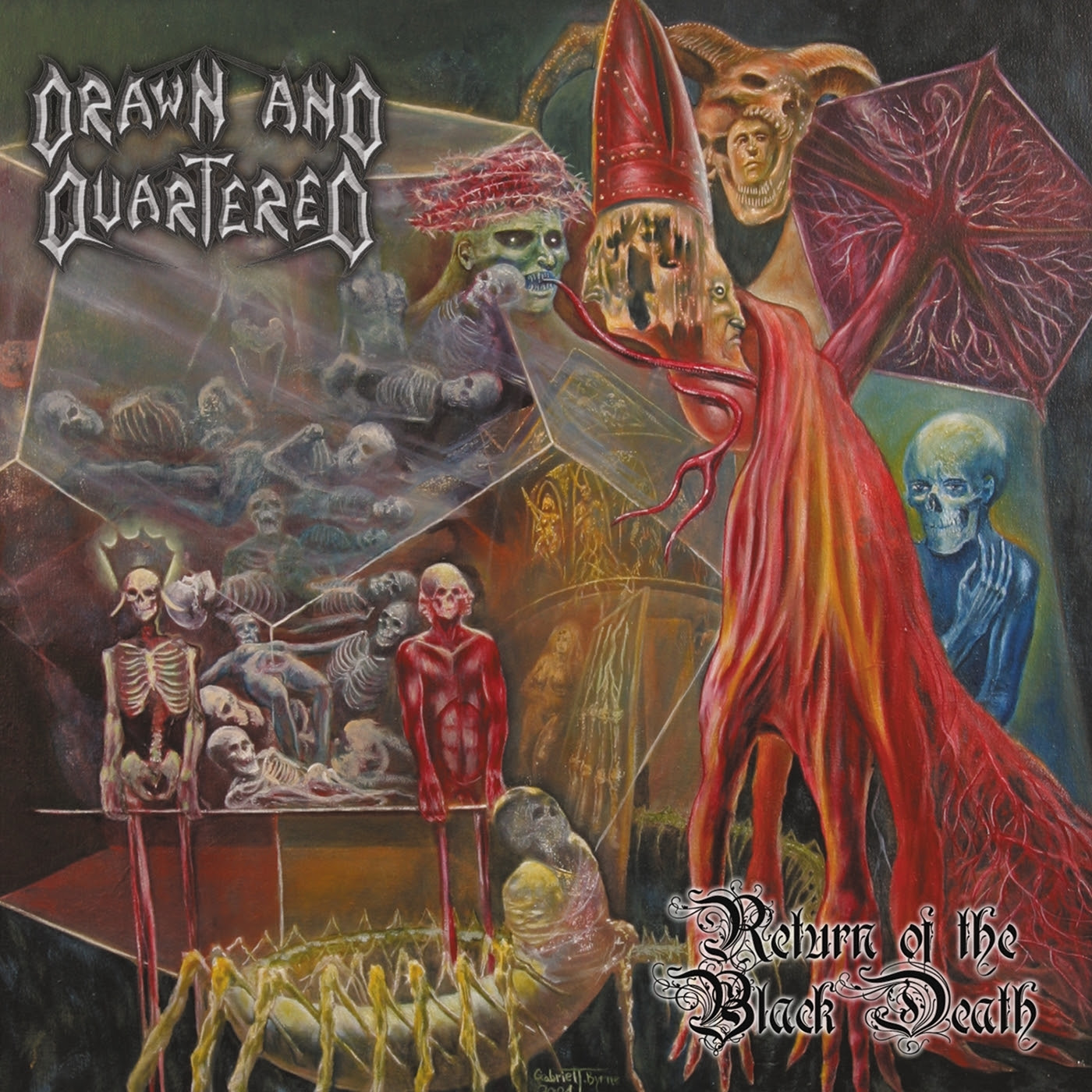 Forever underground, Drawn and Quartered perhaps have not achieved the level of recognition that other contemporary death metal legends have in their possession. But is it a touchstone to downplay the Seattle horde’s weight? Well, the awe-inspiring discography of eight critically acclaimed full-lengths, a sprinkling of mini releases and decades of mutilated live obliterations should be self-evident to determine their death metal hunger and mastery.

Drawn and Quartered’s latest LP, Congregation Pestilence, is available on CD, vinyl, and digital formats via Krucyator Productions. On this record, Drawn and Quartered stick to their guns without de-escalating the branded frenetic motion, interminable aggression, cyclonic complexity, or unfathomable darkness, and legitimately, the death metal veterans consider it as their strongest studio offering to date.