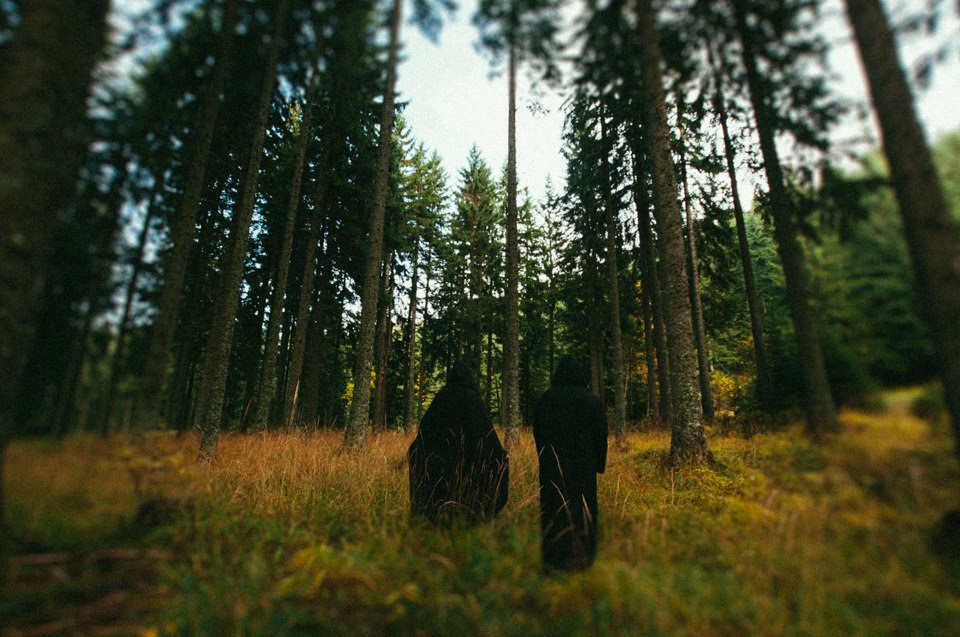 Ulv, Snøgg’s guitarist, bassist, keyboardist and vocalist, says:
“It sometimes happens that things in your life turn upside down overnight. I think a lot of people can relate to that in these really weird times. In Slovenian language, we use the expression ‘vrag je vzel šalo,’ which directly translates ‘devil took the joke.’ This is what happened to Krjavelj in our spin-off to Josip Jurčič’s novel.”

Order eco-sleeve CD on Bandcamp AT THIS LOCATION. 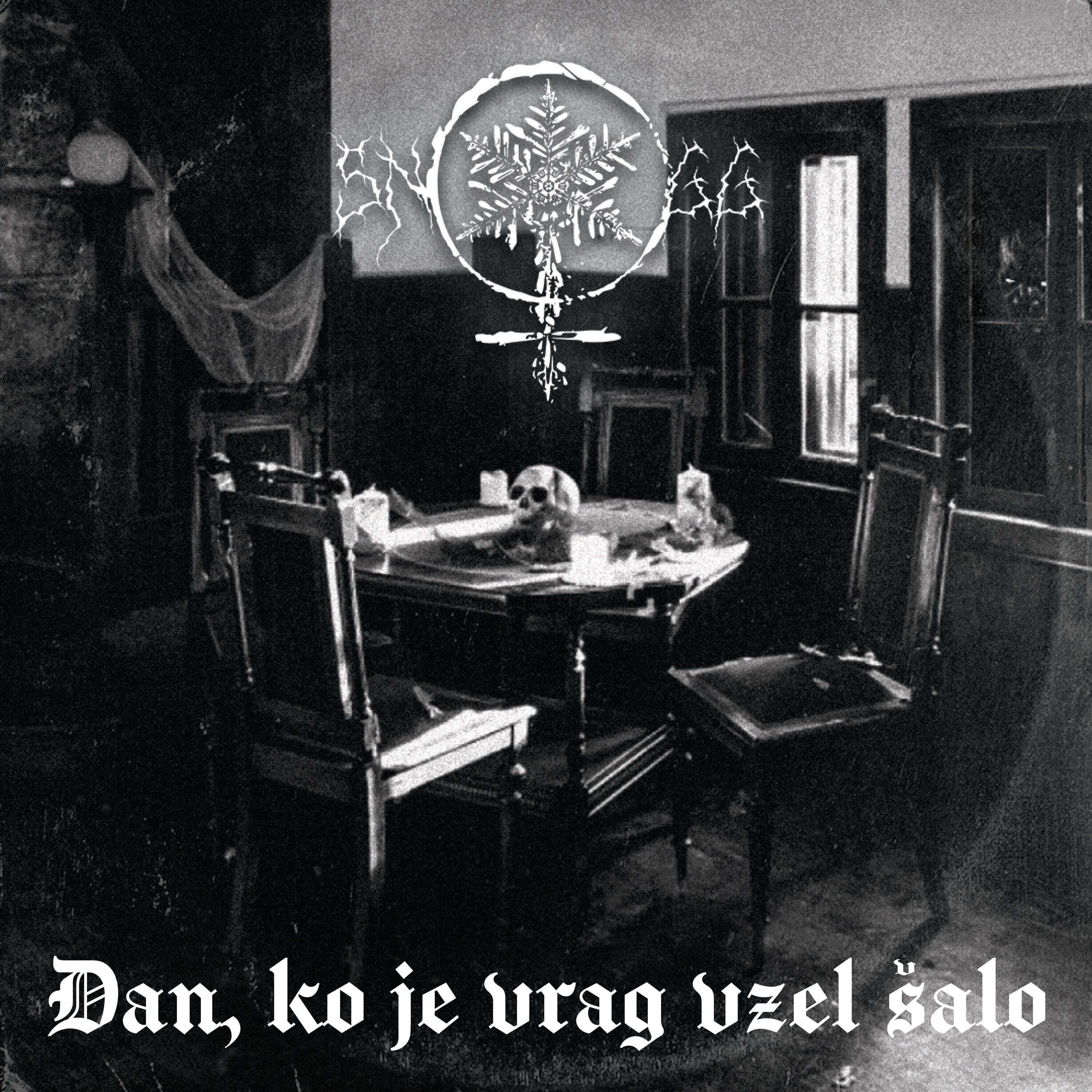 Crawled out of Velenje in 2013, Snøgg encapsulates a never-ending journey through abstract creative ideas. The Slovenian group’s self-categorized “Freeride Black Metal” integrates various dark, extreme and unusual sonic elements. Lyrically, the duo Ulv and Mørke lean into the realm of mysticism, unnatural and divine, as the previous releases delved into Slavic, Hindu, Greenlandic and Mayan mythologies and even portrayed Ashla, Bogan and Bendu (the belief system of force users in Star Wars).

Snøgg’s aesthetic live shows and records both frequently include guest members who partake in experimentation and improvisation on stage and in the studio. Their knack for presenting something unpredictable, unprecedented and unhackneyed is not only apparent in their live shows, but also on their records as the band reaches into different terrains of dark music every time they get down to writing new music, turning each record quite different from any of the previous offerings. They have played more than a total of 60 local and international concerts and released six studio records (two EPs and two albums). The enigmatic Snøgg set it a tradition to embark on an Eastern European tour to support the studio releases, be it a demo, EP, or full-length album.

Dan, ko je Vrag vzel šalo, the new Snøgg album, steers the avant black metal vessel eerily towards a jazzy, noisy quay. Ulv and Mørke again ally themselves with four guests in this venture — one of them on viola and the other three on vocals. When Ulv started the project back in 2013 under the moniker Black Trail and recorded Sellena Zolatta, he envisioned a black metal opera in his mind. Things do not always go as planned, so the band Snøgg eventually came into being and started to work on diverse ideas but opera … until now. With two central and three side roles, DKJVVŠ presents five vocalists in a 20-minute-long story with music ranging from black metal to post-metal and noise with a touch of folk music influence.

The lyrics are based on the novel Deseti brat (English: The Tenth Brother) by Josip Jurčič, which is believed to be the first novel written in the Slovenian language. The story is set in 19th-century Slovenian village Slemenišče. Where the original novel talks about a young teacher, his love life, and family mysteries, the album DKJVVŠ focuses on a story told at a local pub by Krjavelj, a local eccentric who used to be in the navy and at one point fought Vrag (The Devil) with a sword on shipboard, supposedly killing the devil. Here is the twist, where, unlike the original novel, Vrag intervenes and tells his part of the story. He informs Krjavelj that he merely killed another sailor (possessed by Vrag) and that he, the devil, cannot be killed and will forever live through human behavior; after all, evil will always be inherited through unjust actions.

OTHERS:
All music and lyrics written and performed by Snøgg and additional musicians.
Recorded and  produced at Studio Šiška, Ljubljana by Simon Penšek and Snøgg.
Sponsored by Mestna občina Velenje.