“We are honored to welcome Limp Bizkit to AGI,” said Arfa. “They are one of music’s most energetic headliners and we can’t wait to bring the guys back to audiences around the country next summer.”

Fred Durst, lead vocalist and band manager commented, “I’m very excited to be teaming up with AGI for this next exciting chapter in Limp Bizkit’s journey. It’s been a long time since I’ve felt this confident about our team on the field.”

Limp Bizkit is an infectious spirit. Any other details are merely salad dressing. They are distributing their new album with Suretone Records and ADA later this year and have leaked their new song “Dad Vibes” during an explosive set at the 2021 Lollapalooza.

Founded by chairman Dennis Arfa in 1986, Artist Group International has been recognized multiple times as one of Billboard Magazine’s top 3 gross booking agencies of the year. AGI sports a diverse roster of talent, many of whom are represented on a worldwide basis. For over 25 years, AGI has represented superstar acts such as Billy Joel, Rod Stewart, Metallica, Motley Crue and Def Leppard. AGI has expanded its roster of talent in recent years to include Darryl Hall & John Oates, Five Finger Death Punch, Ghost, The Smashing Pumpkins, Linkin Park, Jane’s Addiction, Kidz Bop and many more. In 2014, Marsha Vlasic joined AGI as president, bringing over her star roster of clients, including Neil Young, Elvis Costello, The Strokes, Cage the Elephant, Iggy Pop and others. In December 2011, The Yucaipa companies acquired AGI to expand its reach ‎in the live entertainment space through strategic acquisitions and organic growth. In August 2020, London Based K2 agency led by founder and renowned agent John Jackson joined AGI in the Yucaipa-owned Y Entertainment group. K2 represents superstars such as Metallica, Iron Maiden, Slayer and Alter Bridge. In August 2021, AGI entered into a strategic partnership with UK-based X‎-Ray Touring, which represents a number of superstars including Coldplay, Eminem, Robbie Williams, Gorillaz and Queens of the Stone Age, amongst many others. 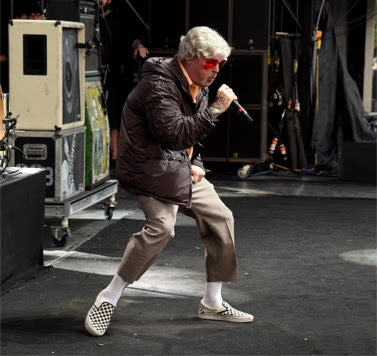