*The Following Press Release Was Issued By Scalawag* 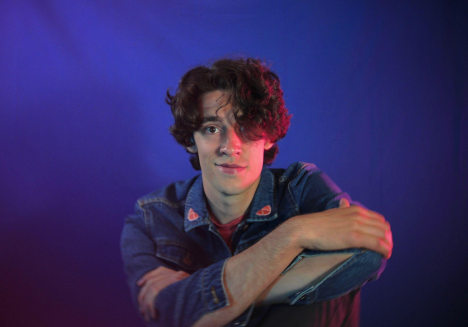 Delivering an eclectic blend of genres and distinct vocals, Scalawag takes you on a journey of imagination. His brand new EP ‘Runaway’ pays homage to a vast range of musical influences. The indie-pop/R&B-infused track ‘Run Away’, is inspired by the chillwave movement of the late 2000s and ‘Touch’ reflects the early blues and rockabilly songs of the mid-20th century. The arrangement and lyrical clarity of ‘You On My Mind’ lets you reminisce on classic 60’s pop love songs, while enjoying a folky Phoebe Bridgers-esque sound. Written and created during the height of lockdown, Scalawag captures those feelings of anxiety and self-doubt and manages to turn them into poetic musical gems.

Speaking on his new project, Scalawag explains: “It’s important to me that I create as many of the sounds myself as possible, instead of using stock instruments or samples. It gives every sound more weight and sanctity, to know that it took blood, sweat and tears to get a good performance out of myself for every instrument and to make sure everything is sounding up to par and comparable to a studio recording with session musicians and engineers. I began writing and recording the EP in May of 2020, at the height of the lockdown. I felt a crushing weight on my soul and everywhere I looked, I felt powerless to help. I was just stuck in my home while people were out in the world suffering. I decided to put my head down and write as much music as possible and I had an explosion of creativity. I ended up writing and finishing something like seven songs in one month.”

He further reveals: “The EP’s structure was no accident. I wanted to tell the story of someone who needs to get away from their daily routine in order to clear their head. But, by doing so, they leave their loved ones behind, and it begins to tug at their soul in the song ‘Sleep Alone.’ After coming home to connect back to their love in ‘You On My Mind,’ the overthinking creeps its way back, and the struggle with self-identity apparent in ‘Touch’ presses the singer to recognize that no matter what they do, they’re going to be forever trapped in the cycle of self-doubt and overthinking. The cycle resets and they decide to run away in order to clear their head. It mirrors my own relationship with creativity and the struggles of touring and always being away from the people I love.”

Teo Saefkow is a multi-instrumentalist, playing the Trumpet, Saxophone, Percussion, Bass, Piano, Ukulele and Guitar. His sound is described as a mix between Hozier, Sufjan Stevens and a young Leonard Cohen. Teo, AKA Scalawag, is sure to both make you nostalgic for things you’ve never experienced and keep your head bopping and your torso grooving. The artist grew up in the small town of Smithers, B.C. in a very artistic household: his mother, a painter, writer and magazine publisher; his father, a graphic designer, set designer and guitarist/singer. From an early age, he was exposed to live music, attending concerts and music festivals around northern B.C. He started playing music when he received his first guitar at age seven and continued throughout elementary and high school, where he played tenor saxophone and trumpet in several school bands and sang in the jazz and choral choirs. His career in music began the year after he graduated high school when he and longtime friend, Zak Windle, started writing music together under the name Ranger Smash. They co-produced and released their first 10-track album together in June, 2016. During this time, Teo also attended the conservatory acting program at Studio 58 in Vancouver, where he honed his crooner-esque style, and developed his vocal technique. After graduating, he went on to write, record and self-produce his first solo album under the name Scalawag, released in March, 2019, during his album release tour. With a collection of stand-out releases already under his belt, and a whole lot more to offer, be sure to keep this young talent firmly on your radar.