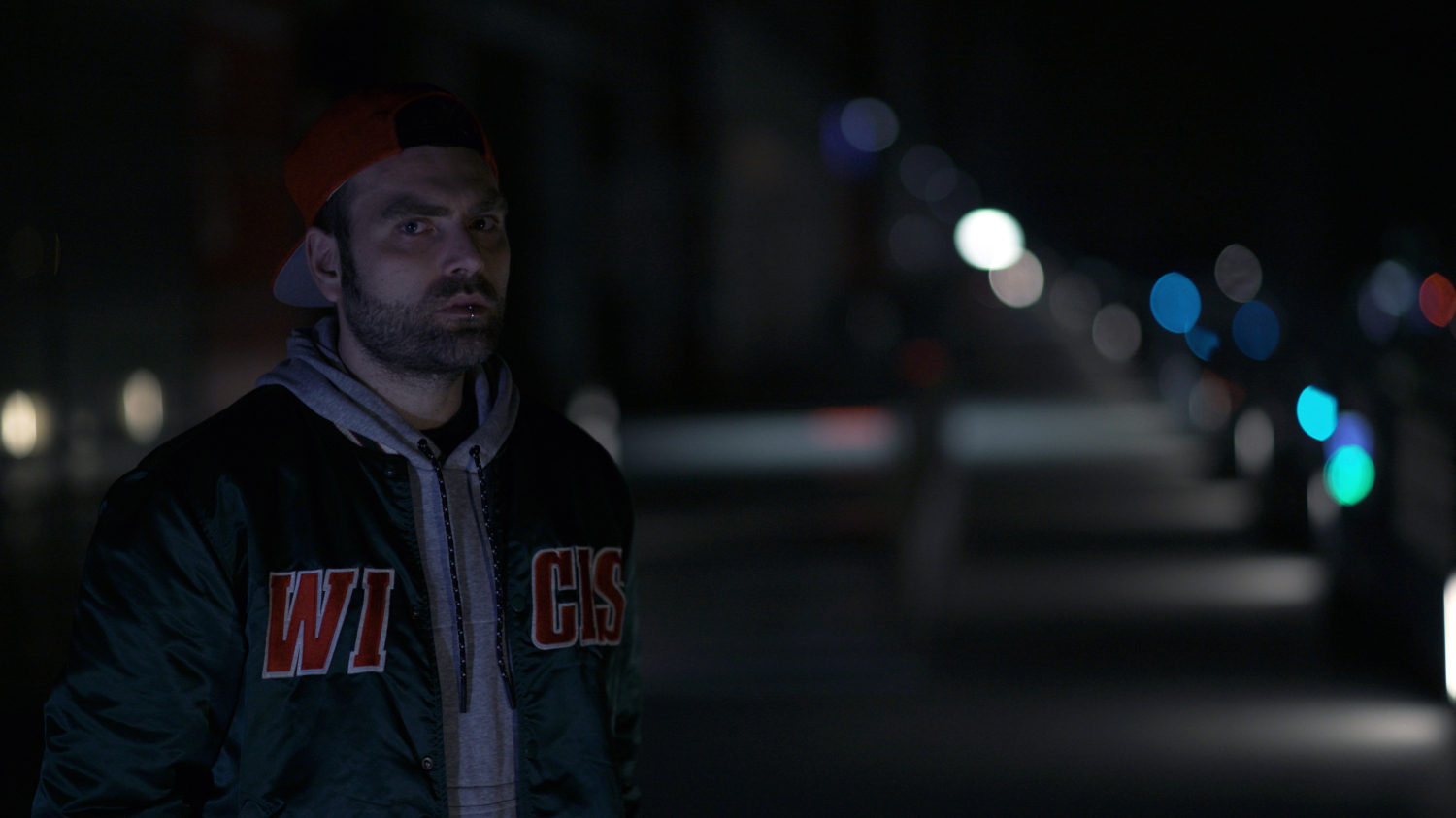 “The result is powerful and the first track is enough to pull you into another world. “A1” is the kind of sound that we put on around 4 am to keep those who doubt the success of the evening. Warning: this climb is not necessarily “safe for work” – it’s up to you.” – i-D Vice

A spontaneity emerges in this atypical project. Dominated by obscure and powerful techno, the disc nevertheless offers us an ambient piece with “ A2 ” and some experimental touches close to the IDM here and there. – Tsugi

[On Midnight Resistance LP] The new album has the bite you expect from Toxic Avenger with some dark, hard and slow electro, but also some soaring French touch and disco. – Magnetic Magazine

Award-winning French DJ and producer The Toxic Avenger releases his latest EP, Shifted on the 30th of April via Enchanté Records. On the EP, listeners will find the synth-washed track ‘Goodbye’ featuring the vocals of talented singer Sophie Tith, which is currently on rotation on National radio station Virgin Radio’s Electro Shock show. The Shifted EP reached #4 of the Top Sales on Bandcamp France and the vinyl copy was sold out within a few hours. The Toxic Avenger has previously worked with several big names including touring with Skrillex, collaborating with Chromeo, OrelSan and Look Mum no Computer, and has done official remixes for Magic Sword amongst others.

The producer has been supported by the likes of i-D Mag, Tsugi, Dancing Astronaut, Trax Magazine, Loudwire, XLR8R and Magnetic Magazine. In total, The Toxic Avenger has collected over 60 million plays across platforms, with over 50 million plays on Spotify alone and support from Ultra Music YouTube channel. The Toxic Avenger has won the prize for Best Music in Video Games (Furi 2016), the prize for Best Music in a Fantastic Film (Gerardmer Int. Film festival 2018) and has composed for many video games (including Furi, The Crew, Watch Dogs, Need for, Speed and more). The producer has had his music featured in movie trailers such as Fast & Furious V as well as advertisements including Hugo Boss, Nissan, Toyota, Yves Saint Laurent and Armani, amongst others.

Born in Paris and having spent two years in L.A., California, before returning to France, The Toxic Avenger finds inspiration in the works of Daft Punk, Vladimir Cosma, Giorgio Moroder and Ennio Morricone, as well as the modern likes of Everything But The Girl and Burial. In turn, his own style can be compared to the likes of John Carpenter, Kavinsky and Daft Punk.

Opening with a wistful element, ‘Goodbye’ is gently progressive and simultaneously contemplative as the rolling synths echo seamlessly into the night. The track is but a small hint of the 80’s era that’s encapsulated within Shifted. Switching between dark and light tones with unexpected grace, the EP is multi-tonal and enticing – proving the worth of electronic compositions while still maintaining a light organic touch.

Speaking of the important elements in the EP, The Toxic Avenger tells us: “My most used instrument on the EP is my old Juno 106. I never tire of it, it’s the starting point of all my songs. And then, as usual, I use my modular synthesizer a lot, which is my blank page. The companion I’m often working with is a woman named Sophie Tith. She has won the French version of ‘American Idol’ and is one of the few who have a voice I love. Every time we work together, I am won over from the first notes