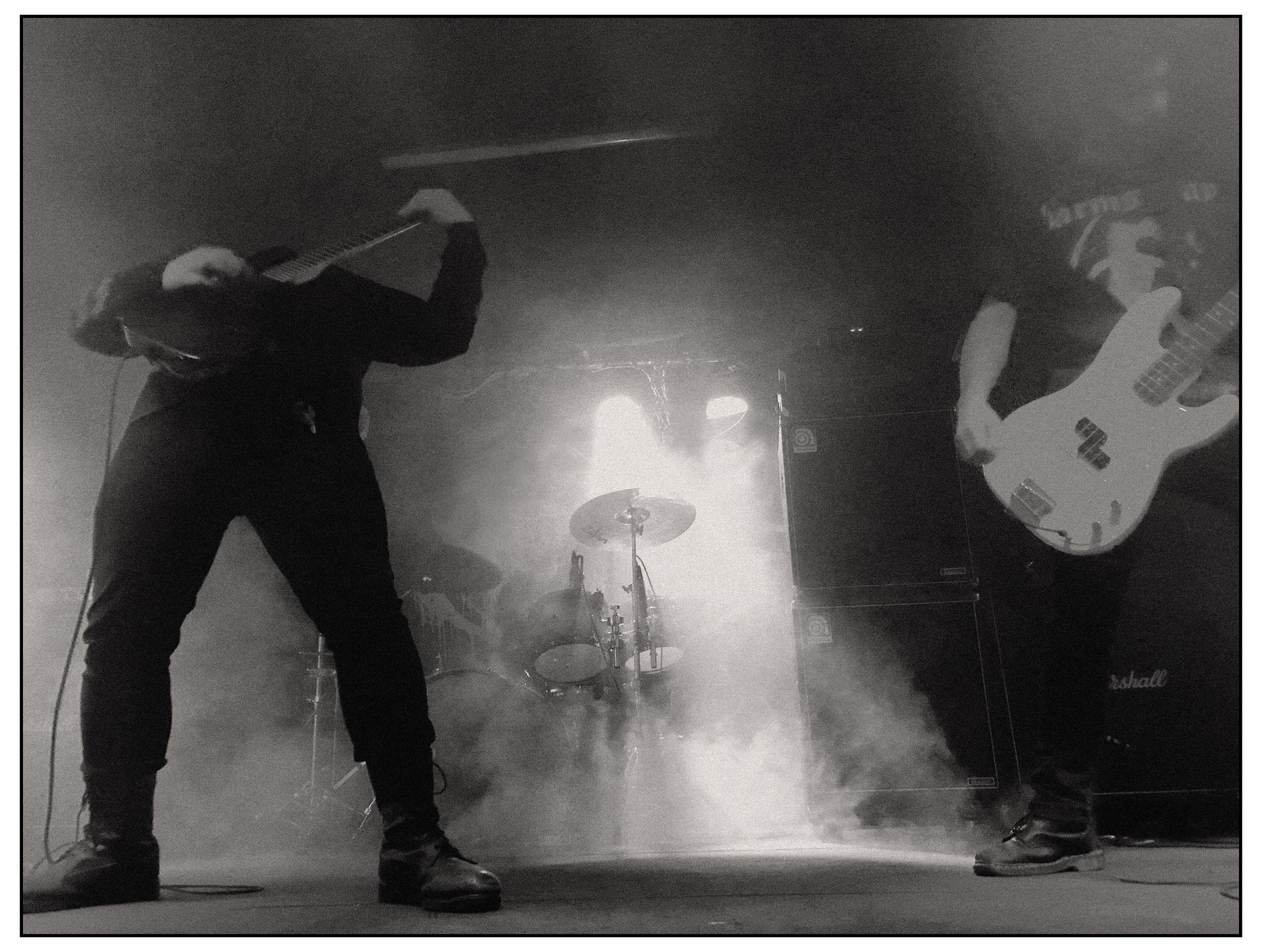 “‘Les Secrets des Ziggourats’ talks about mental health — more precisely schizophrenia and epilepsy — and their roles during ancient times,” inform Shezmu. “People with such mental illness were often portrayed as they came from the Gods themselves.”

The title track of the album got its premiere via No Clean Singing; sample it HERE 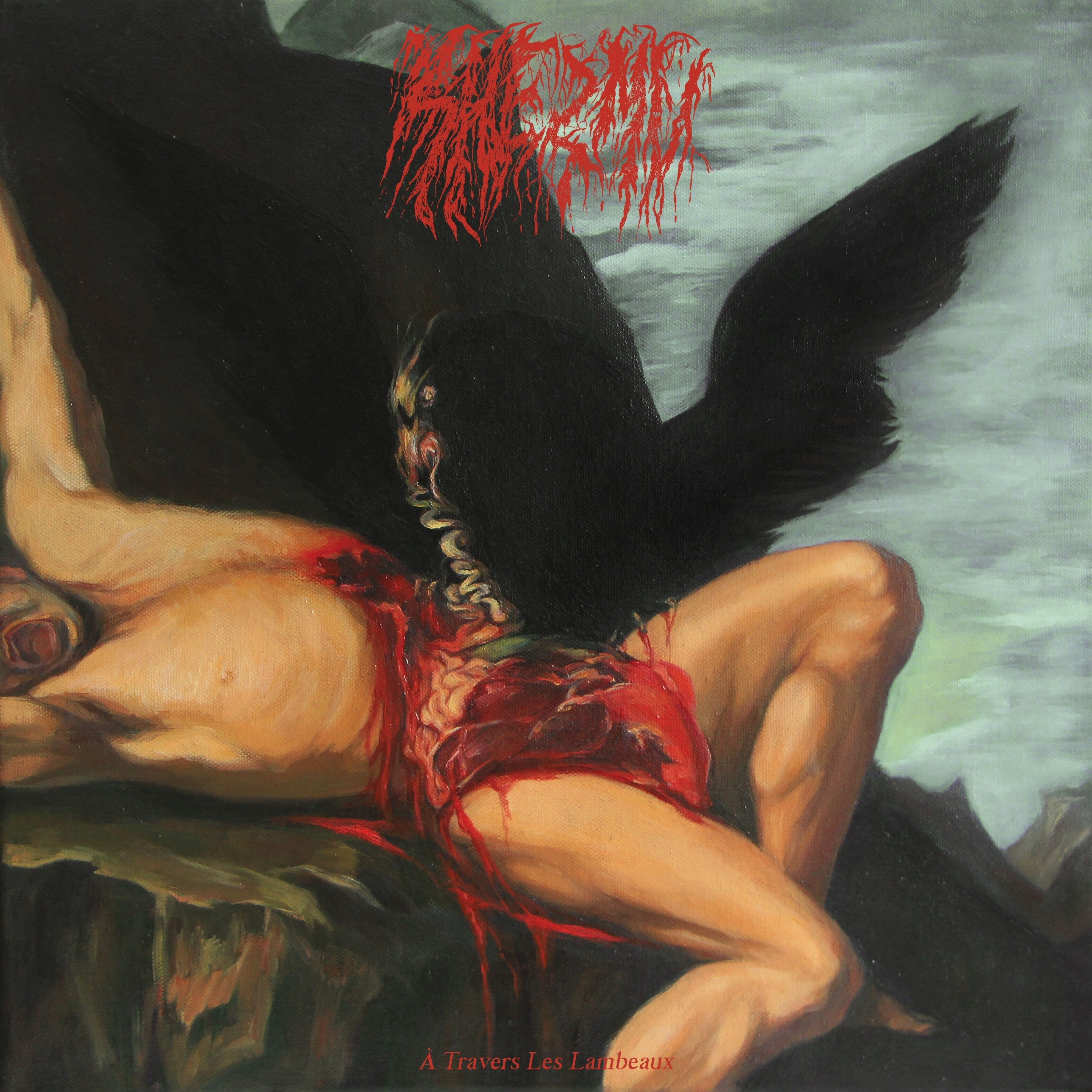 Hailing from the frozen fields of Montréal, Shezmu was forged in 2016 by Olivier Bérubé Emond (also goes by the pseudonym Comte Bergaby in the underground) and Marc-André Labonne. As a duo, they released a self-titled demo cassette in 2017, followed by two successive MLP releases in 2018: The Scent of War under Les Fleurs du Mal Productions and Breaching The Tomb under the banners of both Les Fleurs du Mal and Iron Bonehead Productions. 2018 also saw the Quebec force expanding their size and sonic palette with the addition of bass player Yanick Tremblay-Simard (Sol Miracula, Aiauasca).

Since their inception, Shezmu has dove deep into the lore of human history and enlightenment. Just like the definition of Shezmu (Ancient Eygptian God of wine & oils and also blood & slaughter), the band always took a contradictory and explorative direction to their sound. Their techniques have no boundaries: fast blast beats, mid-tempo occult riffing, or ancient sonic doom, they are all part of the wheel, a dance between Sun and Moon. Just as a whisper into one’s ear, the band recounts the darkest passages of ancient times through distinctive and evil riffs.

On the debut album, À Travers Les Lambeaux, the trio took a different approach to the writing of this album, resulting in some of Comte Bergaby’s most personal lyrics to date. While still using visions of ancient history as the lyrical basis, the songs explore the themes of rage, sorrow, and madness. Creating a triangulum among these emotions, Shezmu heralds symptoms of profound anguish. The magnitude of anger can be well heard throughout the enraged blast beats, fast tremolo pickings, and low-end guttural vocals. The clean, desperate yells on some tracks such as “Lex Talionis” evoke the atmosphere of grief. The fever of madness continues to heat until the album reaches its boiling point: it is portrayed as the triumph of darkness over sanity.