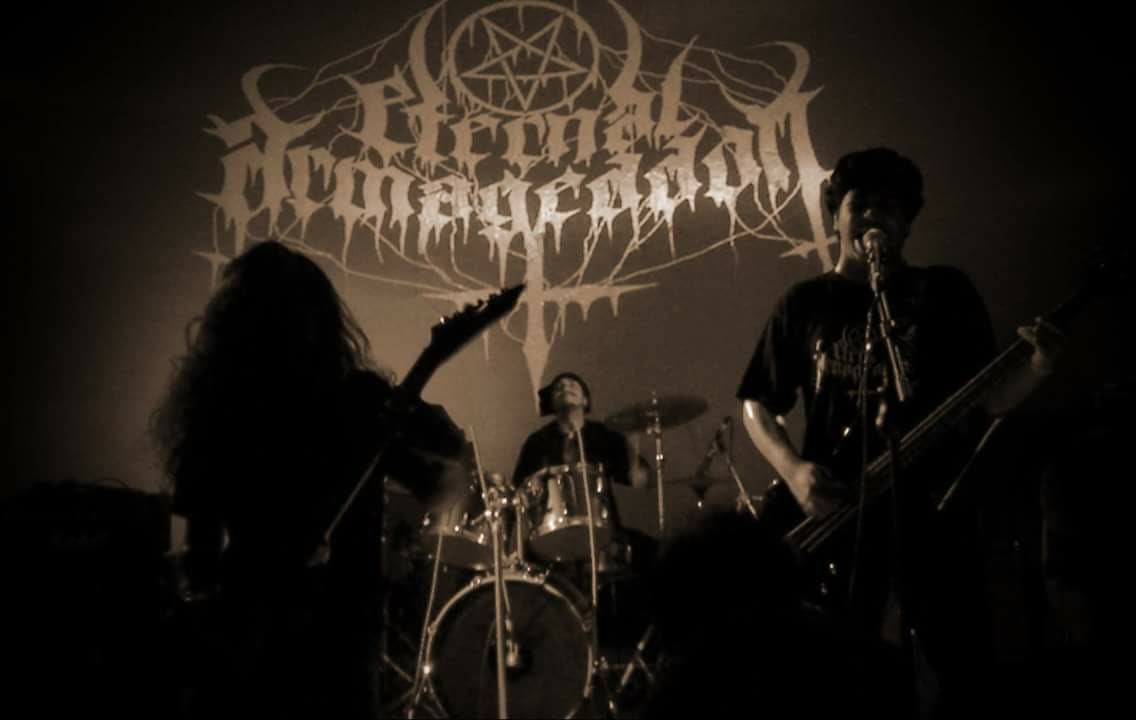 Bengal black/thrash bastards Eternal Armageddon conjure whirling maelstroms of darkness on their debut album, In Light In Dark In Hate. Originally distributed to the local fans on CDR format, the re-mastered version of the album was unleashed globally on the 10th of April.

CVLT Nation is hosting the premiere of the album in its entirety. “These Black Thrash Warmongers bring non stop decaying riffs to the part that never stop cracking necks!” writes CVLT Nation with the premiere.

“The musical and lyrical aspect of this album pays strong in regard to blasphemy by looking at the notion of what we justify as divinity. We don’t preach the word of God or Satan. Rather we initiate and invite a logical, rational and unorthodox understanding of both. We propose a journey so outrageous, so sacrilegious that our long-accepted social standards shake to its core.

“The aggression in our music denotes the order of chaos, perhaps a sound or an expression of shattered beliefs. We believe that the thousand years of evolution of life form is destined to reach the eternity of spirituality through intellectual recognition of self, of being. But you need a calculated amount of mayhem to break the shackles that hold you back. We, Eternal Armageddon, offer you that mayhem through our album ‘In Light In Dark In Hate.’”

Hear the album AT THIS LOCATION 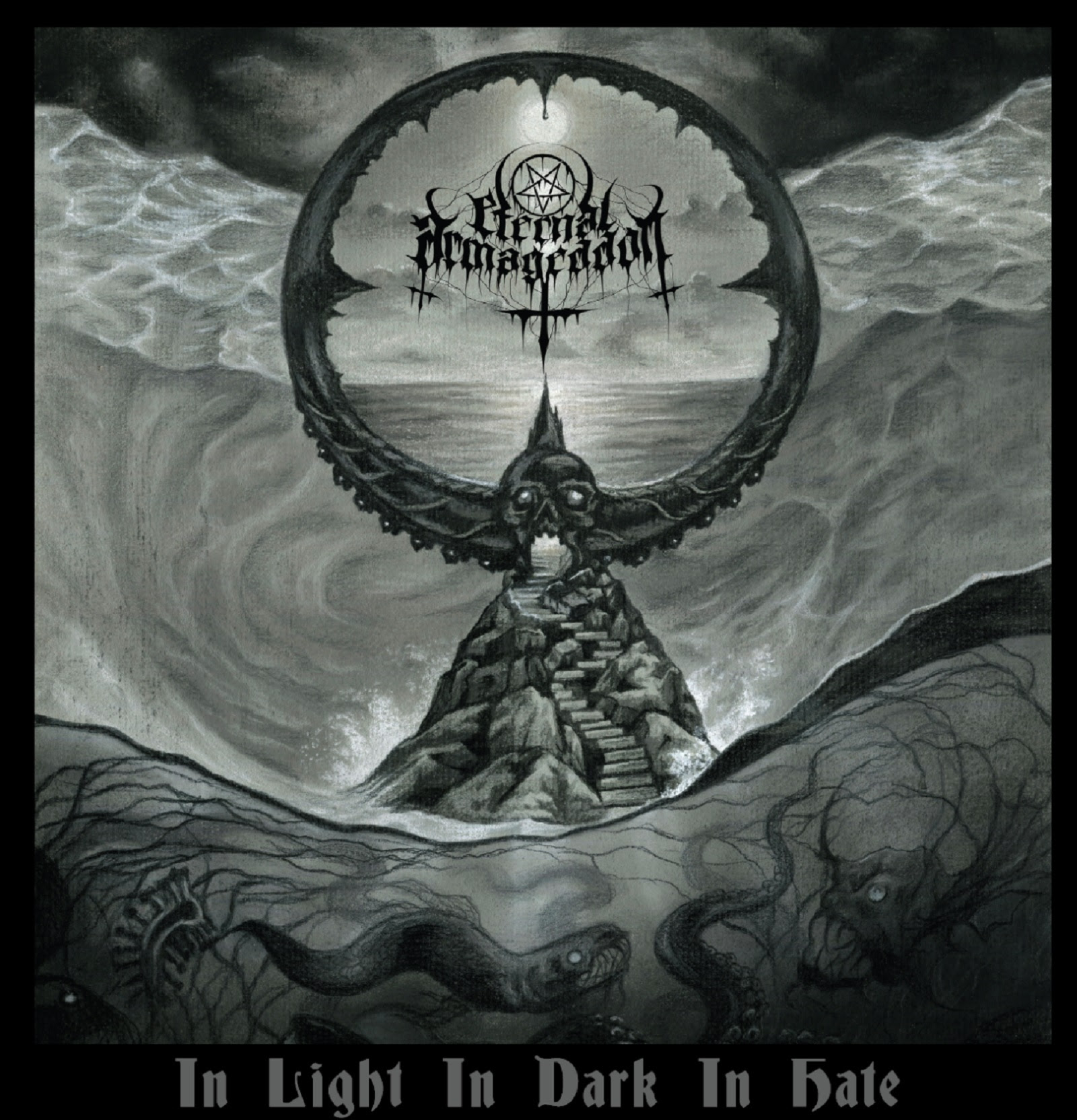 Earning the loyalty of the maniacs across the country (and even beyond the border), black/thrash trio Eternal Armageddon, by now, have become one of the key forces in the Bangladeshi metal underground. The impious entity, however, displayed a more melodic style of black metal on their 2011’s debut EP, Her Forlorn Monsoon, and securely followed the same pathway from their emergence in 2009 to their split-up in 2013.

The discontinuation sustained merely for a year as Eternal Armageddon was revived as a blasphemous power-trio in 2014 with the help of new members. Transmigrating themselves into a grotesque black/thrashing ensemble, charged with a blazing storm of abomination, they soon offered their rehearsal demo, Black Thrash Bastards, in January 2015.

Ever since their reincarnation, Eternal Armageddon have been throbbing and pulsating for more destruction, violence, and devilish energy. And their debut, In Light In Dark In Hate, boldly captures that frenzied eagerness to torn the religious beliefs apart. Skillfully channeling mysterious black metal, raucous first wave black/thrash, and even d-beat vitality to some extent, this album sketches a dark, sacrilegious journey that defiles the filth and falsehood of religions, a journey that enlightens the soul and transports an individual to a different height of spirituality and intellectual freedom.