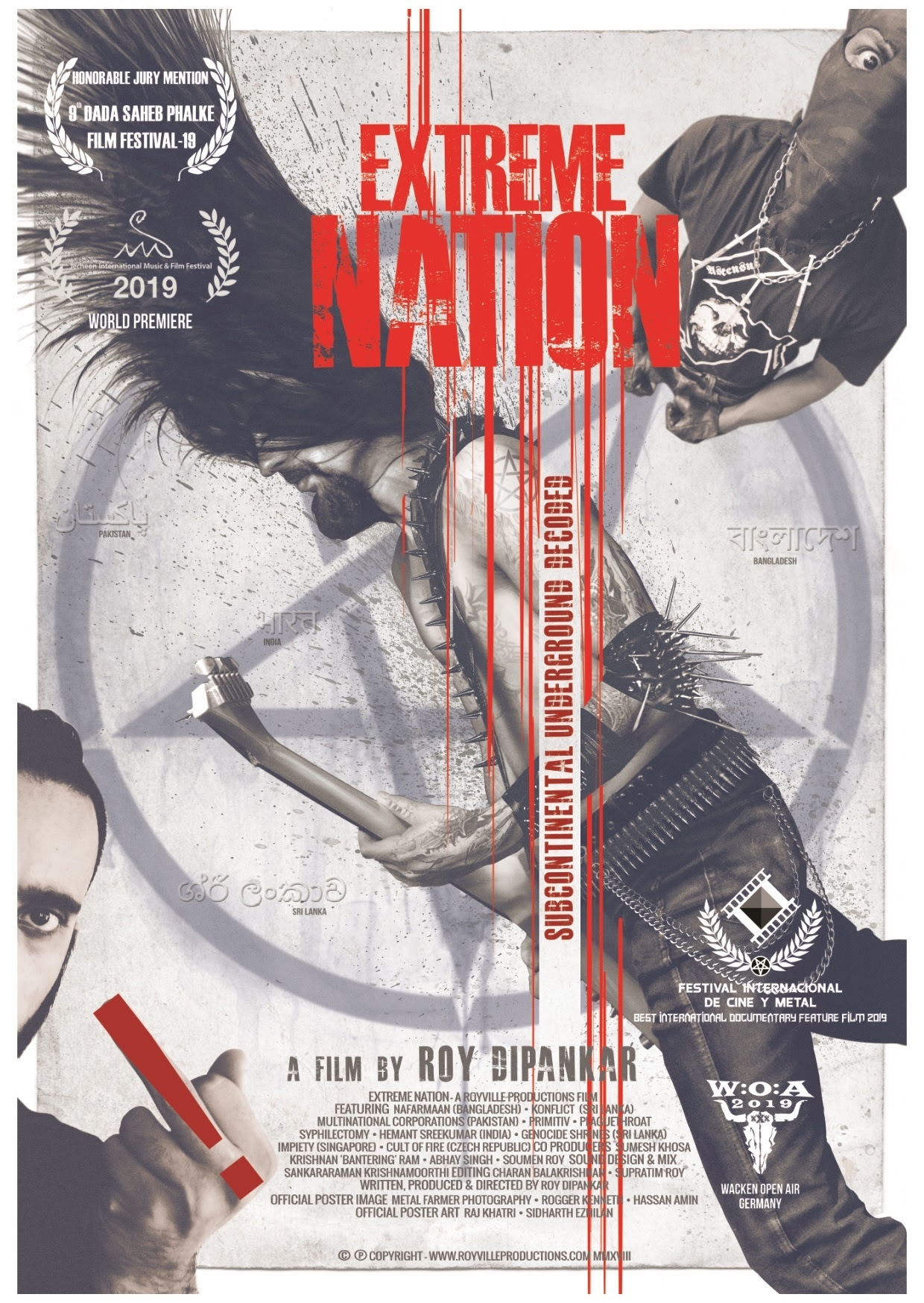 Extreme Nation, the award-winning feature documentary film on extreme underground music of the Indian subcontinent gets digitally released on Vimeo’s Video on Demand. The film is available to viewers worldwide on the streaming platform.

“After much contemplation we, the producers of the film, decided to release the movie online for people to watch, especially during these testing times for humanity. The whole world is hooked on digital content and wants to know what’s happening around them, hence we decided now is the time. Vimeo On Demand is a creator-empowering platform democratizing the dissemination of relevant media to audiences,” says Abhay Singh, Executive Producer, “and is our tool of choice for engaging with our audience.”

Producer, Director – Roy Dipankar comments, “I have been personally talking to a few OTT platforms and agencies regarding the film for some time. However, due to too many mandates & constraints on content towards an underground film, in spite of a great international premiere and seemingly decent interest, the release got further delayed at home. On the other hand, we’ve been receiving viewing requests every week from around the globe. Hence, without further ado, I am super excited to share this work with the fans, music and film enthusiasts, as they’ve been patiently and ardently waiting for the film!”

“A new documentary exploring metal in the Indian subcontinent is shinning a light on one of the world’s biggest underground scenes.” — Metal Hammer

“Chennai filmmaker’s latest work explores the metal community in India, Pakistan, Bangladesh and Sri Lanka: the voices, the language and the defiance.” — The Hindu, Metroplus

“The film explores not just their lives as rockers, but their relationship with a shared violent past, and a tense present of geopolitical strife and evolving power conflicts in a volatile subcontinent.” — Hindustan Times