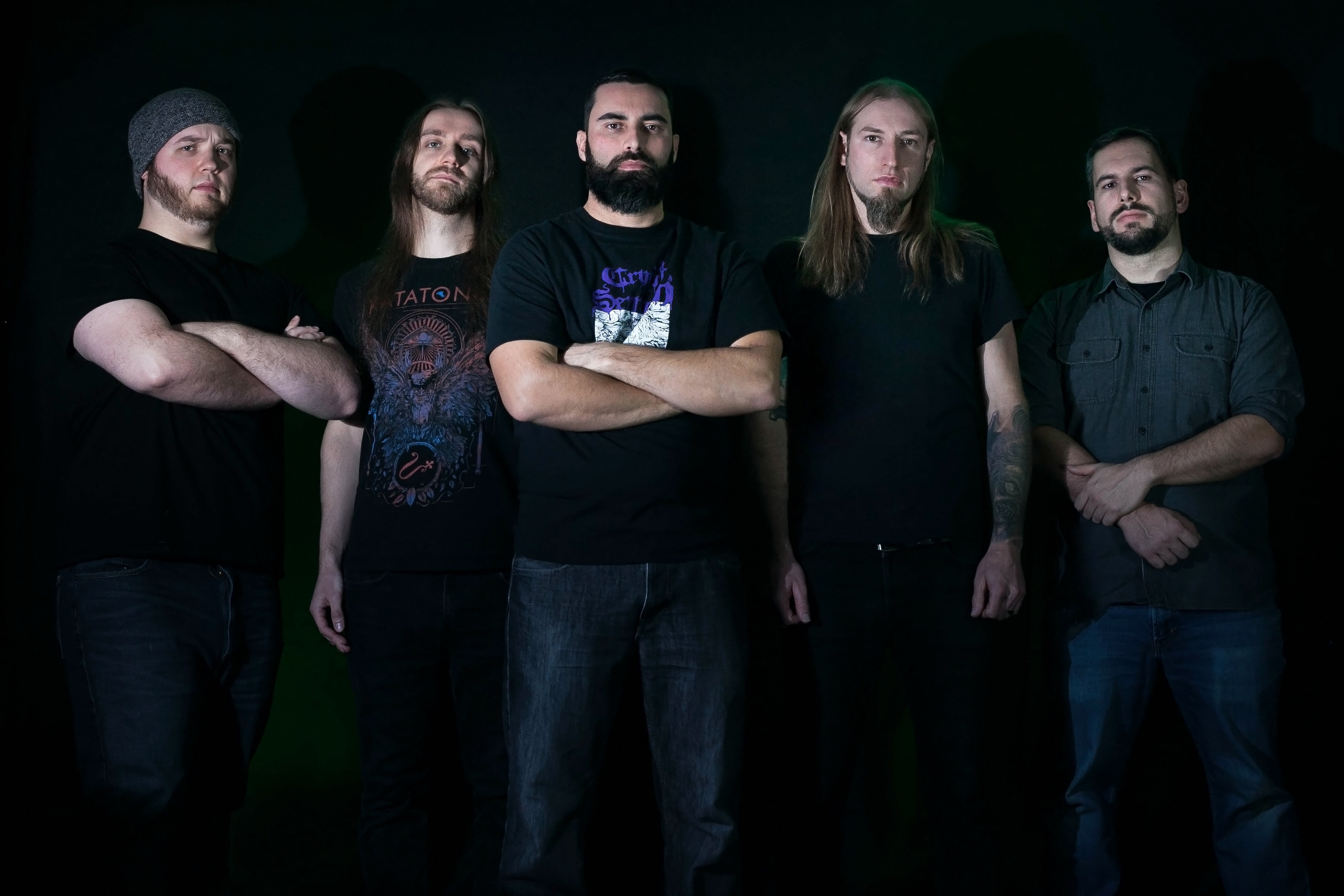 Doomed & Stoned is currently hosting the premiere of the first single “Birth of the Liberator” on their site. “As you’ll soon experience, Marrowfields’ new album is an epic journey of ambience and emotion, with powerful vocals and crushing chords that generates a great wall of dense sonic mist that will envelop your soul,” Doomed & Stoned remarks.

The band offers on the song: “Marrowfields first single ‘Birth of the Liberator’ is a crushing doom metal opus loosely inspired by Ovidian tales of hedonism and greed. The third track from the debut album ‘Metamorphoses’ exhibits colossal qualities while haunting clean vocals soar over the music to convey sorrowful atmosphere from mythological stories of old. Punishing riffs maintain the pace of the song, while twists and turns push the listener into an entirely new landscape filled with anguish and beauty. With the weight of mankind’s disobedience, behold, the Liberator is born.”

The sound created by Marrowfields showcases their ability to blend crushing doom tones from the traditional era, with dreamlike black metal. The two genres whirlwind together into a truly sorrowful concept record. The soaring clean vocals over long compositions inflict themes of intense suffering, devastation, loss, and greed.

Metamorphoses is composed of 5 artfully constructed epic tracks, each showcasing its own poetic tales. The violent acts of creation and demise, punishment through animal form, over-indulgence, personal transformation, and the withering of seasons are stories staged throughout the record with haunting precision. Marrowfields have created a one-of-a-kind debut that captures the magic of a punished and sorrowful world you will wish to return to time and time again.