“The music is imperious and violent, defiant and delirious, a summoning of chaos — but one that nevertheless provides the kind of jolting grooves that will keep heads moving during the melee.” — No Clean Singing 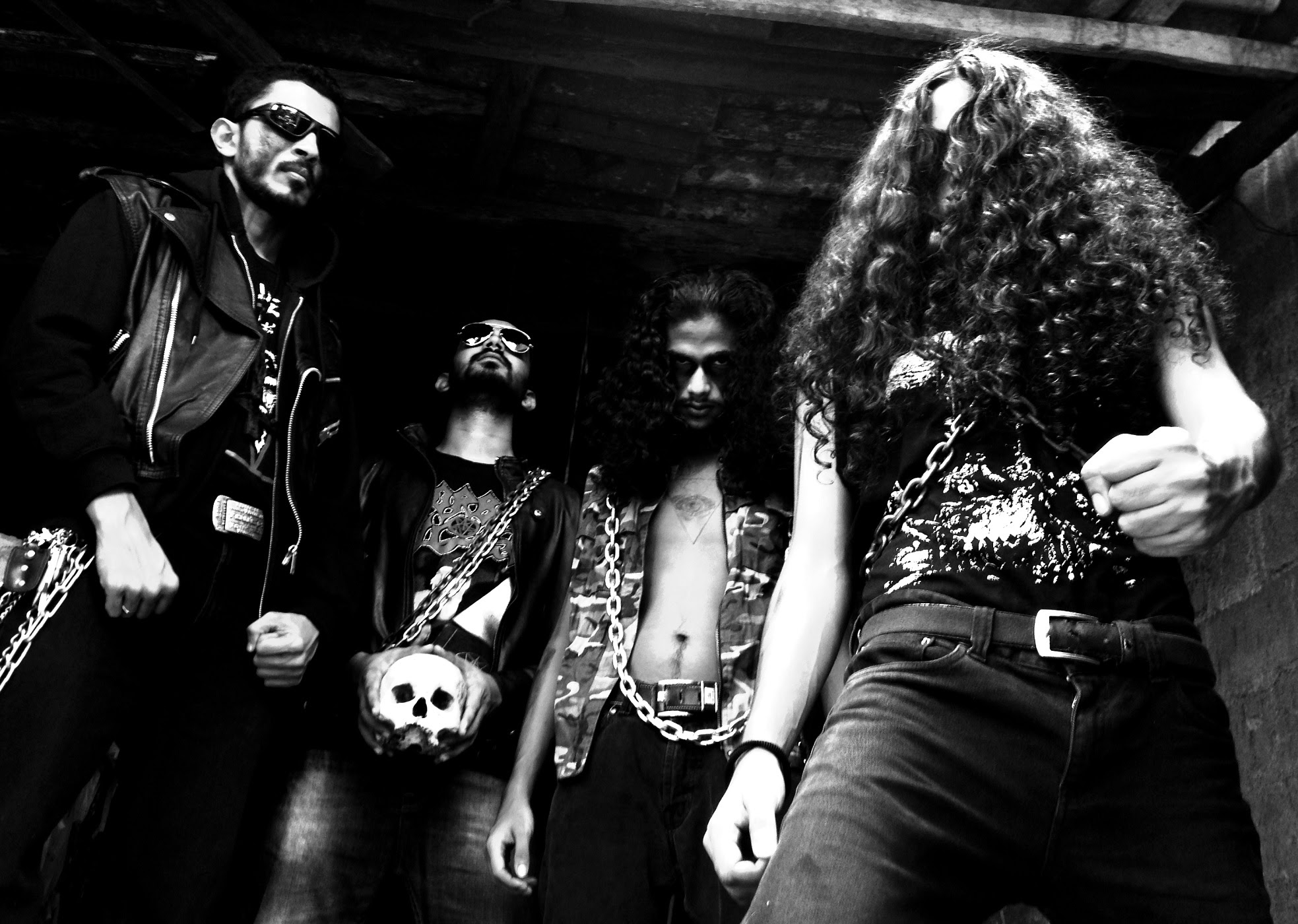 Spawned in 2011, SERPENTS ATHIRST manifest warfare, damnation, theistic Satanism and death through their venomous, violent form of black metal. They made their mark in the Asian underground with their demo Prevail, and then gained recognition from different corners of the world with their 2014 EP, titled Heralding Ceremonial Mass Obliteration.

The Lankan terror invoking black metal horde are joined by their compatriots GENOCIDE SHRINES and New Zealand’s malignant entities HERESIARCH and TREPANATION for a deadly four-way split, slated for release on July 26th via CYCLOPEAN EYE PRODUCTIONS. This four-track split, titled Scorn Coalescence, offers one brand new and exclusive number from each unit. These four punishing segments of the split together demonstrate the destructive nature of the human beings by alluding to the absolute of the individual in terms of conquest and survival as well as the futility of the situation in the grander scheme; it’s the fulfillment and rejection of “fate” at the same time.

No Clean Singing is exclusively streaming Serpents Athirst’s track “Poisoning the Seven”, and the band offer the following comment:

“The noble thought of eliminating a reigning parasite is an essence of the reptilian brain. Polished with agony with the will to kill, ‘Poisoning the Seven‘ is a concrete decimation anthem eyeing the death of those who are The Pious and The Righteous, The Political and The Correct, The Blinded and the Brainwashed, The Squared and The Circular, The Vague and The Vogue and creating a universe of orchestrated terror by poisoning the Undying transcontinental ray of human lunacy.

“‘Scorn Coalescence contains the latest offering by the vile serpent among three other grand decimators of the extreme metal dimension. Carefully Selected and Well Organized, the Coalescent artillery is gunned by the 4 masters of unforgiving colossal decimation brought together by obscure ordinance.

“~The Ordinance of Strike is an endowment.”

Stream “Poisoning the Seven” at No Clean Singing RIGHT HERE