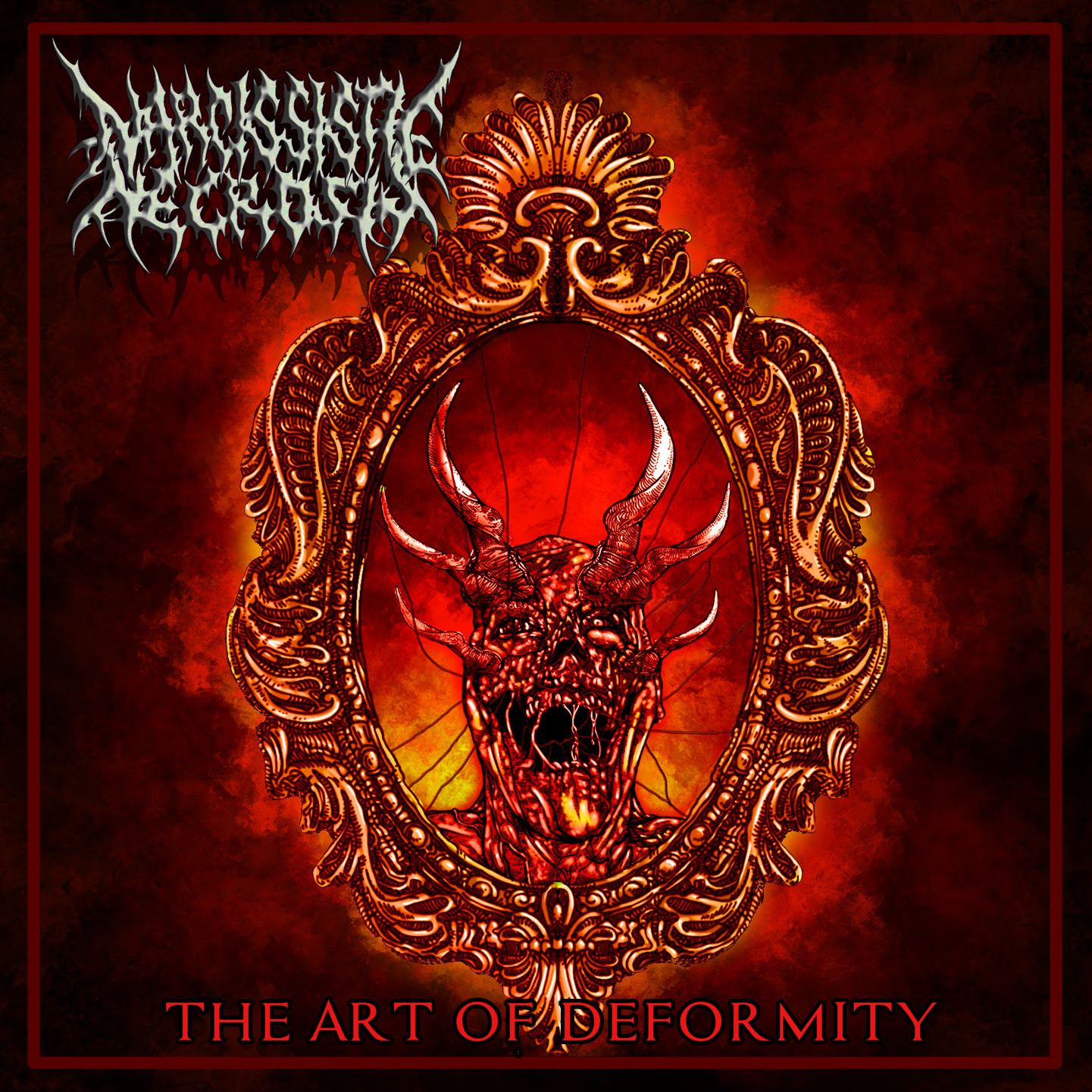 Narcissistic Necrosis released their debut album, The Art of Deformity on August 28th. The Calgary, Alberta deathgrind brutes unveiled the album’s 09th track, “Superstition Reborn,” as the final and the third single.

“The song is about how credulous beliefs can be maintained, despite efforts to try to renounce them,” comments the architect William Bigcrow regarding the track “Superstition Reborn.”

Debuted at V13, hear the track AT THIS LOCATION.

The previous single “Isolated Evil Within” got its premiere at Metal Insider; preview it HERE. Stream the opening track, “Intolerant Breeding,” HERE

Order the album The Art of Deformity on CD or digital format  RIGHT HERE.

Prior to the project evolving into a full lineup, the architect William Bigcrow finished writing and recording all the songs for the debut album, The Art of Deformity. Conjuring an asphyxiating and ear-splitting presence, the band explores topics such as religious hypocrisy, narcissism, self-improvement, self-destruction, superstitious beliefs and misanthropy throughout the record.