Stockholm death metal force Desolator unleashed a new track, “The Great Law of the Dead,” from the latest album, Sermon of Apathy. The Swedish quartet invited Nile’s Karl Sanders to guest on this track.

Desolator comments:
“‘The Great Law of the Dead’ is the album’s closing track, an almost nine-minute dive into Lovecraftian horror, featuring an awesome guest solo by Nile’s Karl Sanders. It’s one of Desolator’s most ambitious tracks so far, and it’s an honor to have one of our musical idols play on it.” 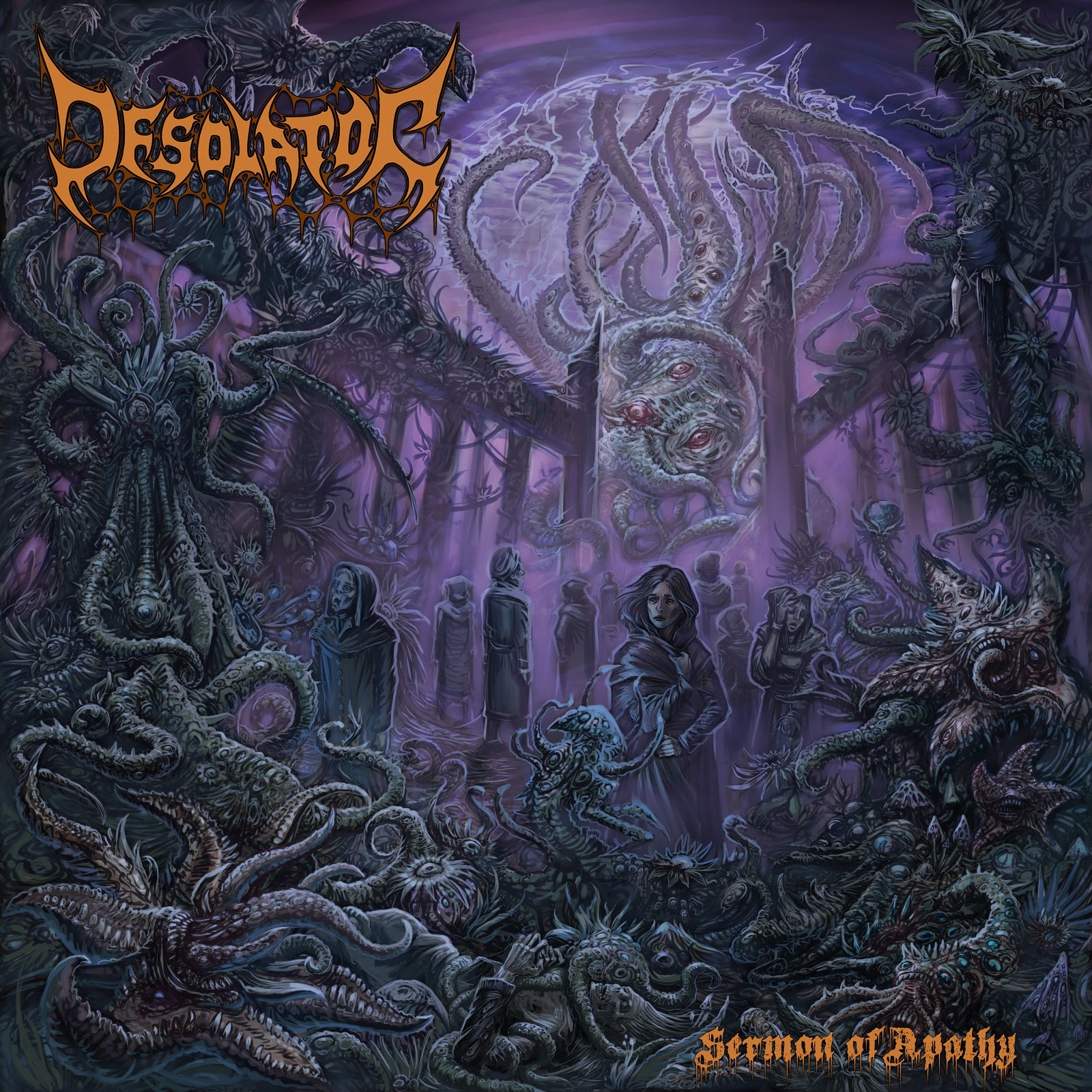 Desolator have been treading the hallowed ground of the Swedish death metal scene since 2009. Through an early demo (Gravefeast, 2010), a split (Dark Revival/Mass Human Pyre, 2011), and especially the triumphant Unearthly Monument full length in 2013, the quartet paid proper homage to the buzzsaw sound of the Stockholm masters of yore. Having conquered the saw, the band chose to start to move in another direction with their 2016 EP Spawn of Misanthropy. The four tracks begin to show a move away from the Stockholm sound with the addition of more dissonance and creative riffing akin to the work of early Morbid Angel and Immolation. Black Lion Records saw the promise of this sound in embryo, signing the band and re-releasing Spawn of Misanthropy on CD in 2018.

On the new album, Sermon of Apathy, the idea that Desolator began to birth in 2016 comes to full fruition. This sophomore album is a Frankenstein’s monster of death metal, fully sentient and fully functioning. The aggression of the Stockholm sound is tempered with creative and dissonant riffing reminiscent of the above named US death metal masters. This album does a masterful job of saluting key death metal styles of the past while drawing from those styles to create Desolator’s own path.

Sermon of Apathy is a slow-burning fire. The seven tracks build on each other, each fanning the flames of the next track until they leap high and the embers glow white-hot. The final track, “The Great Law of the Dead,” features Oliver Palmquist (Phidion) and the legendary Karl Sanders (Nile).