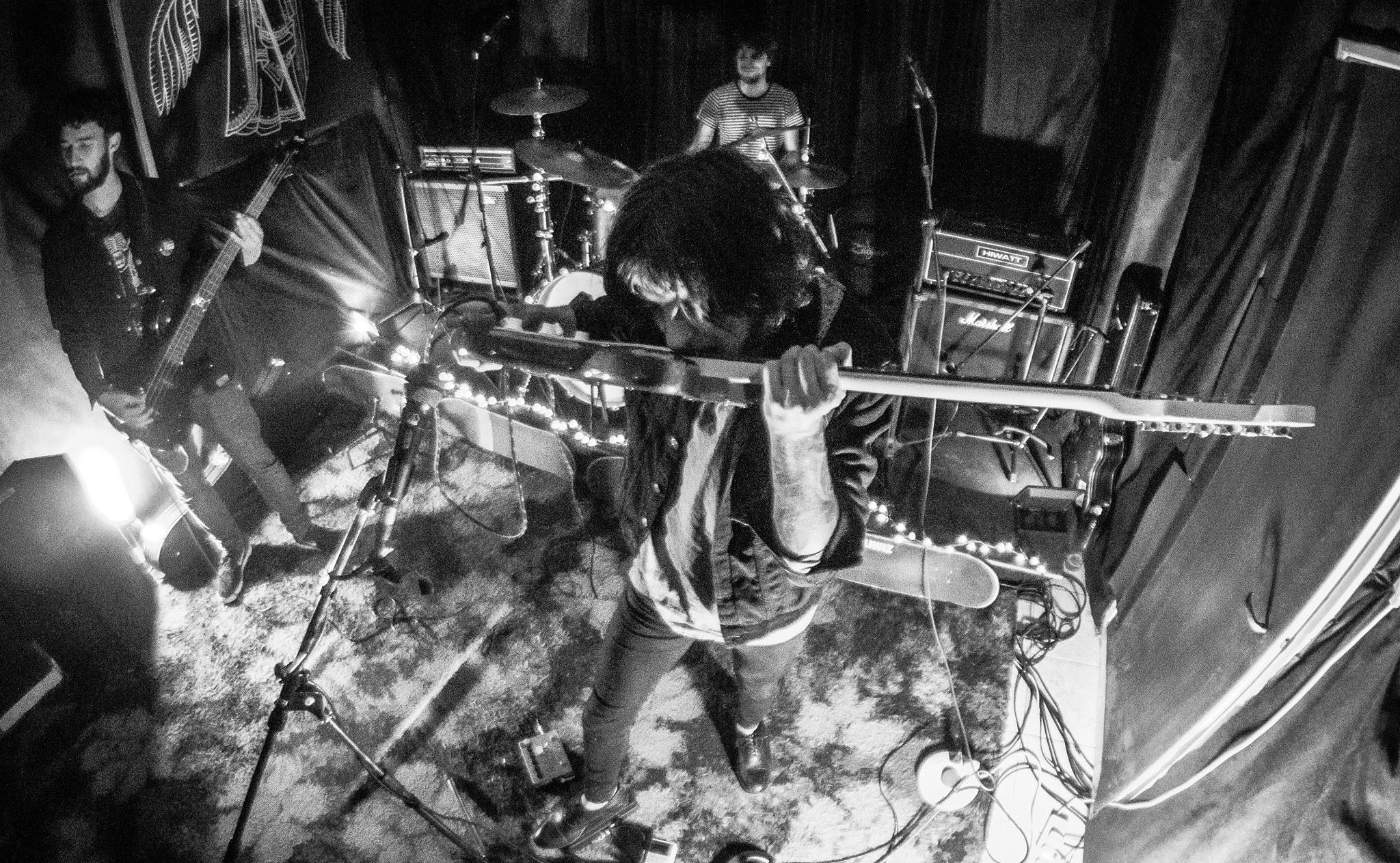 “Five tracks that make up this LP are true entheogenic infusion,” the Córdoba-based trio informs. “Once we are enveloped and dominated by this hypnosis, it will not be easy to emerge from this journey.”

Arising from Córdoba, Argentina, Las Historias is a young power trio that take their cues from stratospheric guitar madness of Jimi Hendrix and the bluesy psychedelia of the ‘60s to the funeral riffs of Black Sabbath and Electric Wizard.

The group took its shape in 2018 as a duo when the singer/multi-instrumentalist Tomas settled in Córdoba City and met the drummer Juan. Tomas, beforehand, had participated in several projects during his days in Laboulaye, Córdoba, and the experience left by those old projects would later stimulate him to experiment further and take his sound in a new direction. The advent of the bassist Manuel in 2019 would complete the lineup of Las Historias.

In January 2020, Las Historias started recording for the first EP, which initially had four songs. The trio published the tracks of the EP on Bandcamp in April 2020, and at that time, Electric Valley Records showcased an interest in launching the physical format of this album. The band added a new track exclusively for this vinyl release and revamped it to their s/t debut album.