*The Following Press Release Was Issued By FIFTYcc* 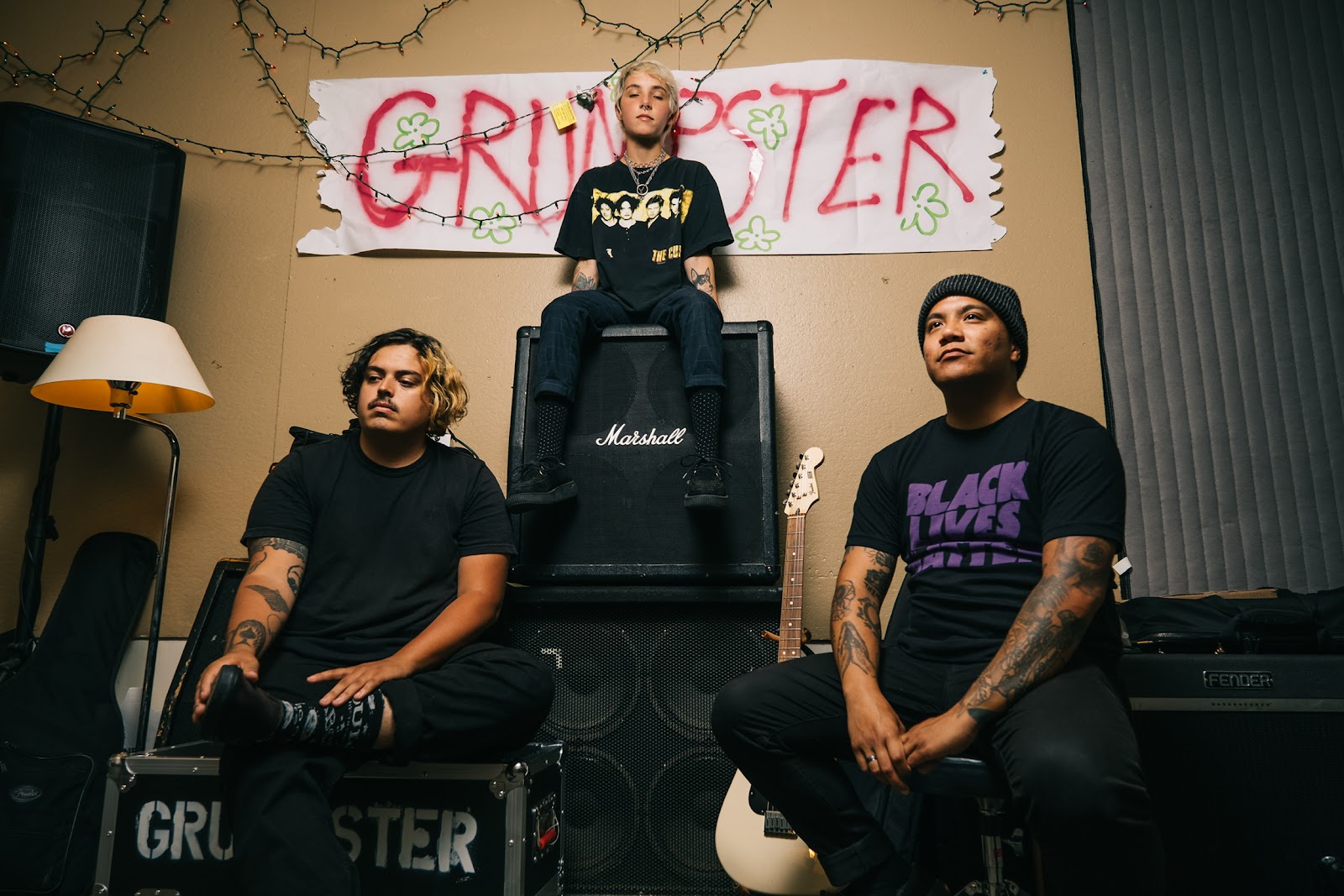 SAN JOSE, CA — August 14, 2020 — Today, Grumpster released the buzzing, bouncy “Growing Pains,” their second single of the summer; listen/share here. Arriving hot on the heels of “Teeth,” the Oakland pop-punk trio’s ferocious follow-up to last year’s acclaimed full-length ‘Underwhelmed,’ “Growing Pains” is a real sonic step forward, one of the band’s most polished numbers to date and a mighty showcase for their fusion of heart-on-sleeve hooks and unbridled pop-punk snarl.

In the track’s melodic early moments, vocalist/bassist Falyn Walsh declares that they’re done wasting time on a relationship that’s soured, that it’s “time to go our separate ways.” As if to back up this bittersweet declaration, Walsh’s vocals are quickly caught in a crashing wave of guitar and percussion, bobbing along its surface on the tensile inner strength and endearingly snotty charm of their delivery alone. “Estranged, deranged, and I’m freaking out, but I can’t explain myself at all,” they confess on the song’s catchy, cascading chorus, before surrendering to the art of noise their bandmates have so effortlessly constructed around them. “Speechless, like a cat has caught my tongue/it’s been so long since I have felt so numb.”

The track, one of Grumpster’s most fully realized, “is about the time period after a relationship ends, but you’re both clinging on until you realize it’s not really salvageable,” explains Walsh, adding that they sought to isolate “the way it makes you feel to hopelessly go through the motions, and the continuous turmoil of riding it out.”

For the San Francisco Bay Area, Grumpster is a sharp intake of fresh air, crashing through old-school pop-punk with an upbeat, new-school attitude that sets them apart in a sometimes self-serious scene. On stage especially, whether selling out 924 Gillman or storming iconic spots like Slim’s and The Fillmore, they’re three tornados sent ripping in different directions – especially Walsh, whose hyper-energized choruses and crowd-facing antics were all part of the charm for Anti-Flag, the punk-rock anarchists who’d selected Grumpster to open their North American tour (since postponed due to COVID-19).

“Growing Pains” is the second new single from Grumpster, following the release of “Teeth” earlier this month. A limited-edition “Mindless” 7” vinyl, containing both tracks, is now available for pre-order for $5.99 through Asian Man Records, expected to ship Fall 2020.

Grumpster makes old-school pop-punk with an upbeat, new-school attitude that sets them apart in the sometimes self-serious Bay Area music scene. Three friends crafting rambunctious, mosh-ready, deliciously deadpan punk that they say stays friendly despite its edge, they inhabit the same teenage wasteland Green Day and Alkaline Trio once called home, occasionally pogoing across the street into caustically clever Ramones territory. Signed to Asian Man Records, Grumpster released their full-length debut, ‘Underwhelmed,’ to widespread acclaim in the fall of 2019. Though a spot opening for Anti-Flag on a North American tour was swallowed up by COVID-19, Grumpster’s since hunkered down in quarantine to craft some of their most impactful, rip-roaring music to date. Follow Grumpster on Bandcamp, Spotify, Facebook, Instagram, and Twitter.

Asian Man Records is the brainchild of Bay Area multihyphenate Mike Park, founded in 1996 with the goal of supporting independent bands while keeping music prices affordable for fans. In between fronting The Chinkees and pursuing other musical ventures, Park’s egalitarian approach has led him to sign bands including sign bands including Alkaline Trio, Andrew Jackson Jihad, Lemuria, Joyce Manor, Lawrence Arms, Grumpster and more. For more information, please visit asianmanrecords.com