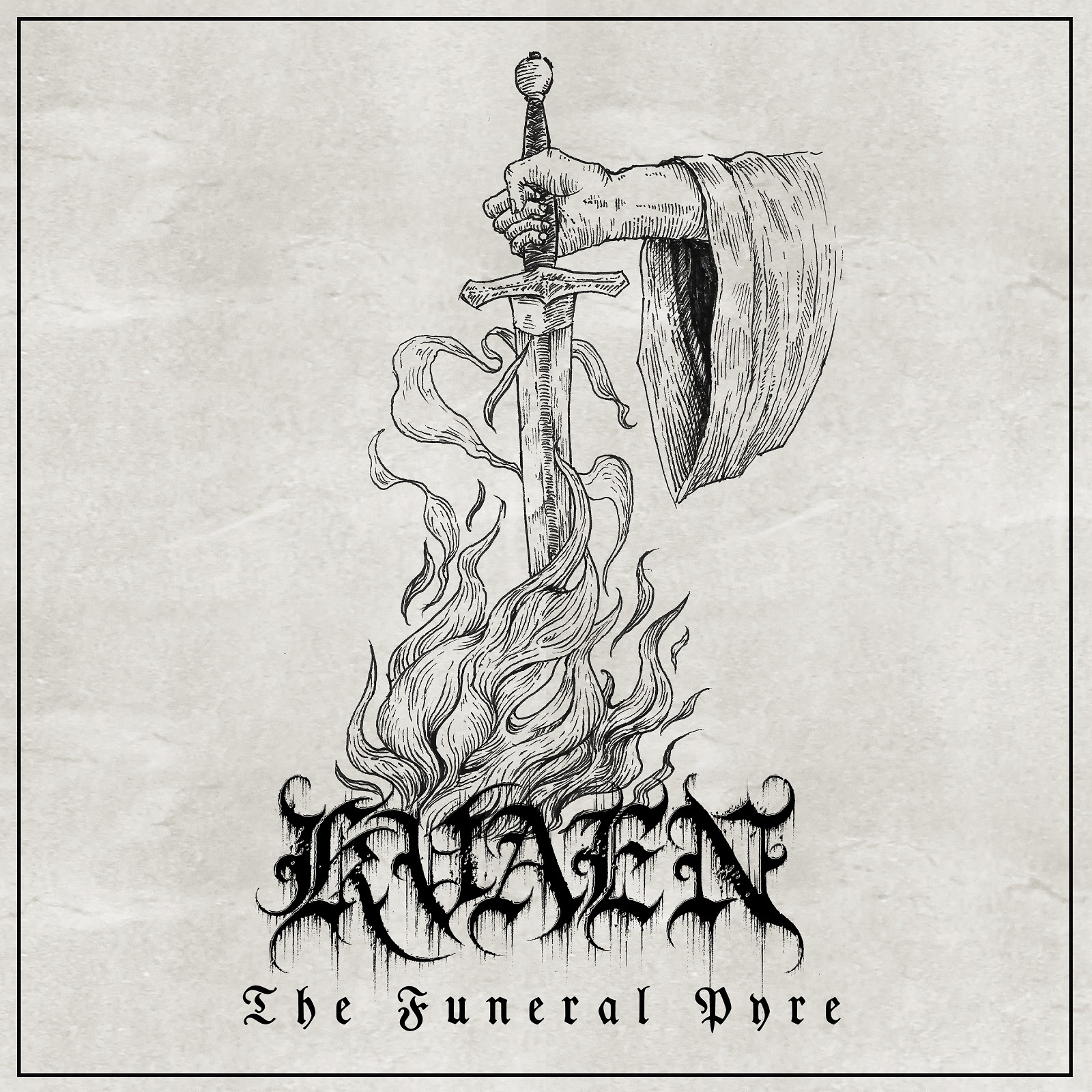 The Funeral Pyre, the debut album from Swedish melodic pagan black metal unit KVAEN, is slated to drop on February 28, 2020, through Black Lion Records. No Clean Singing is hosting a stream of the album’s title track. Clocking in at nearly 7 minutes of relentless, the track features guest guitar solo by Sebastian Ramstedt (Necrophobic, Nominon) and drums by Freddy Ortscheid (Black Lily, Omnicide).

Adds Jakob Björnfot, the sole mastermind behind KVAEN, adds: “‘The Funeral Pyre’ was one of the first songs that I composed for this album. I lived in a big house on a huge mountain in the VERY north of Sweden. I had nature around me everyday. It was very inspiring, to say the least. One day, I was messing around on my computer, trying out ideas. I remember that I had the fireplace burning and it was snowing outside. I wanted to write a song where I could feel the connection of spirits in Tornevalley and I have to say: I succeeded. The atmosphere, Sebastian’s solo, and the lyrics became something truly unique.”

Hear “The Funeral Pyre” at No Clean Singing AT THIS LOCATION

“The Funeral Pyre” on digital platforms

Shrouded in violence and wildness, KVAEN is a solo project by Swedish musician Jakob Björnfot (The Duskfall and Autumn Death). Walking the path of flesh and bone, KVAEN plays black metal with speed, pagan, and Viking metal influences.

Funeral Pyre delivers well-executed black metal, exploring the ‘80s infernal speed metal reign and breathing the vision of Viking age, cold steel, death, and Ragnarök. Charged with diabolic melodies, this album grabs the listeners and takes them on a wild ride through mysterious barren wastelands of northern Sweden. KVAEN keeps the listener engaged with a knife against the throat until the last moment of Funeral Pyre.