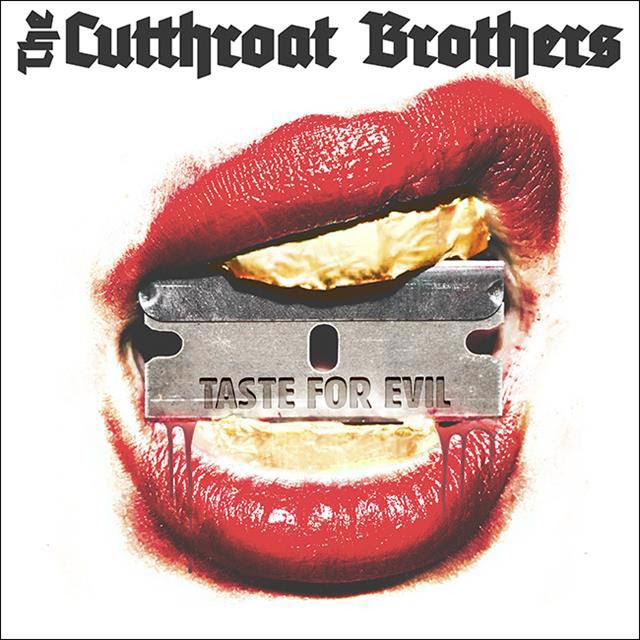 October 1, 2019 (Berlin, Germany) – Hound Gawd! Records announces the new album by demon barber duo The Cutthroat Brothers. The album titled, Taste For Evil, will be available as vinyl LP, CD and digital download starting at midnight on October 31st, 2019. The venomous garage-punk, swamp-rock sounds The Cutthroat Brothers lay down conjure bands like The Gun Club, The Cramps, Eagles of Death Metal, and The Hives.

This duo of real-life barbers — Jason Cutthroat (vocals, guitar) and Donny Paycheck (drums) — formed in February of 2018. Their self-titled debut came out a few months later on Digital Warfare. Songwriting and developing the band persona has been effortless for them, including their penchant for wielding straight razors and sharp blades, to wearing blood-spattered white barber smocks for live shows.

For Taste for Evil, they again recorded and mixed with legendary producer Jack Endino (Nirvana, Mudhoney, Soundgarden) in Seattle, Washington completing the album in just over four days. They drained every last drop of blood into the ten tracks which include cautionary tales of death, sex, drugs, black magic, and bad relationships. AJ Phink at The Punk Site calls their style “bloody, ballsy and brash rock ‘n’ roll.” And REVOLVER adds “[they] have been called “the Sweeney Todds of punk” and they live up to that billing on their song “Kill 4 U,” a seductively murderous cut off their debut album…”

Oliver Hausmann, founder of the Berlin based label Hound Gawd! Records shares his earliest memories connected to the band “after hearing songs off the first album I was annoyed that I had never heard about the Cutthroat Brothers before that. Half a year later, I sat with a friend in front of a club and talked about new, exciting bands. He told me that he was booking a tour for a band that unfortunately nobody in Europe knows about. The band’s name was the Cutthroat Brothers. I had to spit in my beer. This was the band I had wanted to work with! I immediately wrote to Donny Paycheck. I told him if the band ever decided to do another album, he should inform me immediately. The rest is history.”

Fans will recall that Donny Paycheck has no less than eleven Zeke albums under his belt, a band with whom he toured the world playing with artists like Iron Maiden, Pearl Jam, Motorhead, Superjoint Ritual, Mudhoney, Supersuckers, and D.O.A. He’s also recorded albums with the bands Toxic Holocaust and Camarosmith. Together with Camarosmith members he ran Dead Teenager Records for a number of years (Jack Endino also recorded most of those releases).

ABOUT HOUND GAWD RECORDS
Hound Gawd Records was founded in 2012 by  consummate rock ‘n’ roll fanatic Oliver Hausmann. The label is based in Berlin, Germany the center of the European rock, punk and garage scene. Hausmann says “I believe in the vision of each of our artists. My goal is to reach as large an audience as possible with each new release. I love vinyl and rock ‘n’ roll, and that’s why I started this label so I could bring good music to rabid fans all over the world.” Hound Gawd! Records is distributed in the U.S. and Canada by Forced Exposure. The label handles radio promotion in-house. Visit the label online at houndgawd.com or on Twitter @HoundGawd or on facebook.com/HoundGawdRecords. 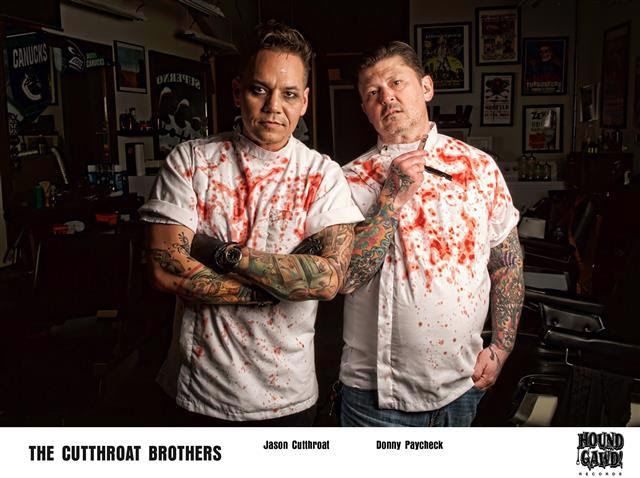