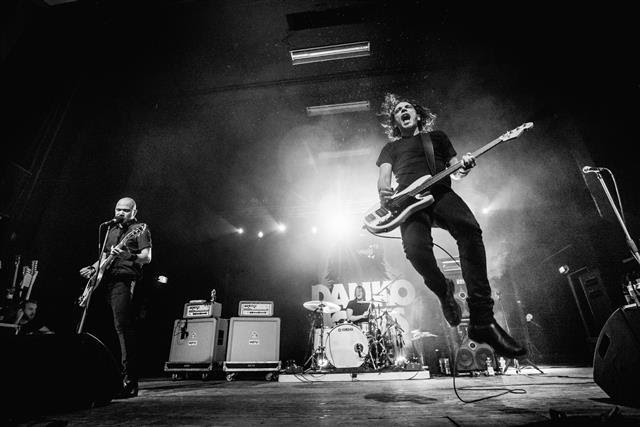 August 22, 2019 (Las Vegas, NV) — On an off-date during their recent tour of European summer festivals, the Canadian hard rock trio DANKO JONES filmed a music video for their anthemic call-to-arms “Fists Up High” with director Patric Ulleaus (In Flames, Arch Enemy). Look for the clip to premiere next month, when the band will hit the road for an extensive tour of Europe and the United Kingdom with Volbeat and Baroness.

“Fists Up High” is the latest single from DANKO JONES’ acclaimed new album “A Rock Supreme,” hailed by Classic Rock (UK) for its “crisp, lean, no-bullshit production and riffs that rain down like hammer blows.” The record, which was produced by Garth “Gggarth” Richardson (Red Hot Chili Peppers, Rage Against The Machine, Rise Against, Biffy Clyro), can be ordered and/or streamed HERE.

Prior to their European tour with Volbeat, DANKO JONES will head Down Under for their first Australian tour in more than a decade. A list of all of the band’s upcoming tour dates appears below.