Pacifist is a Mumbai based post-hardcore act that takes inspiration from the anxiety & despair of urban existence as much as it is inspired by the lyrical & emotive range of 90s hardcore, the minimalism & loud-soft dynamics of post-punk, coupled with a sound that’s awash in noise & melodic crescendos to deliver powerful, fuelled performances. Their debut EP ‘Greyscale Dreams’ set the soundtrack tot he desolation & despair of urban existential angst.

“If you hear about the spirit of Mumbai every time there’s a natural or man-made crisis, you may as well hear about the daily strife and the breaking points of many city dwellers. Post-hardcore band Pacifist, formed in 2017, showcase all that angst, resignation and bleakness.”
– Rolling Stone India

Stream Greyscale Dreams in its full via IdiotEQ RIGHT HERE 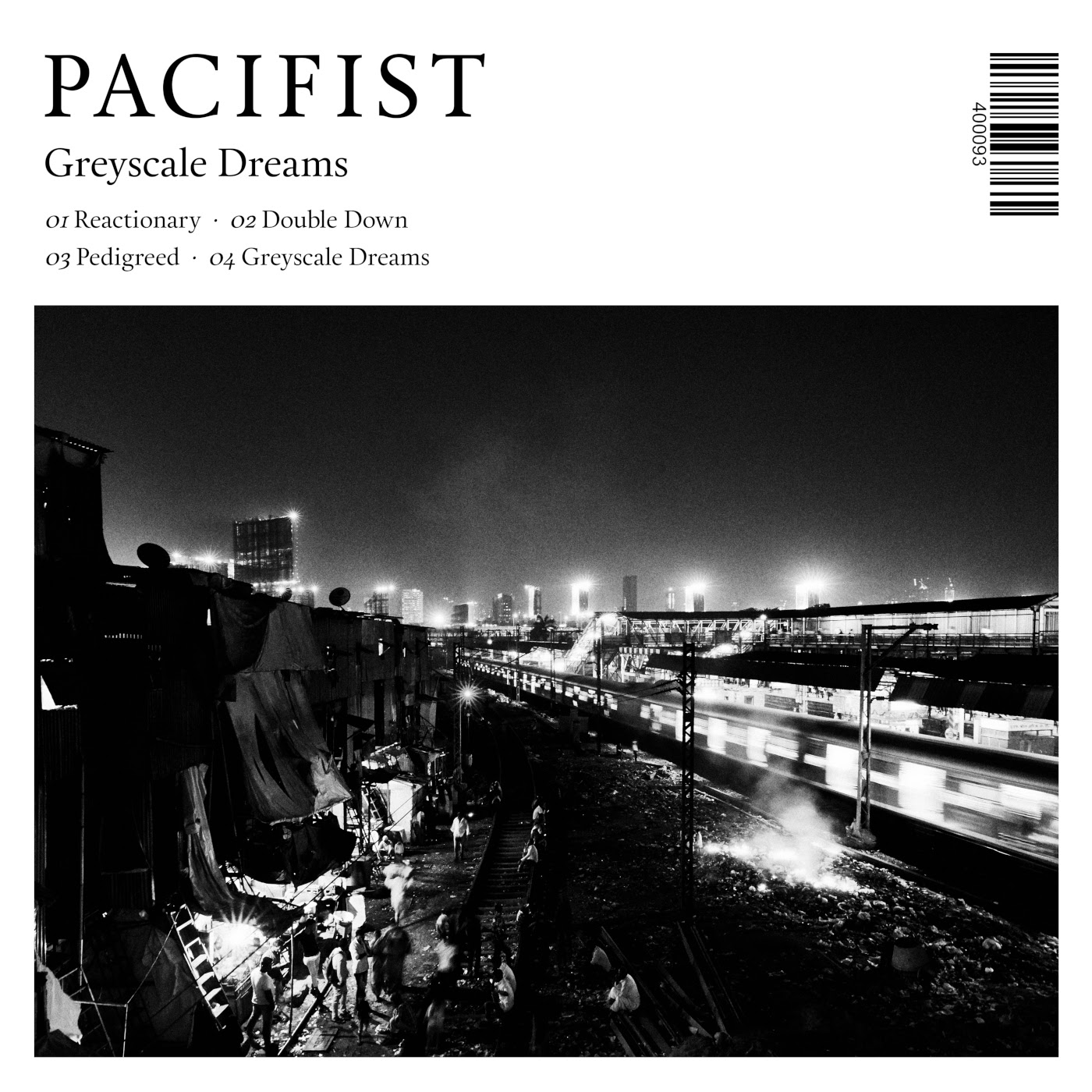 The band takes inspiration from a range of influences, from the alternative leaning riffage of 90s era Helmet, Quicksand, Handsome & Snapcase to classic post-hardcore acts like Drive Like Jehu, At The Drive In, Glassjaw & Unwound. Heavier bands like Integrity, Converge & The Dillinger Escape Plan find a way into their sound in bits & pieces at their most manic, and the sound also possesses the poetic grandeur & layered soundscapes of more contemporary acts like Touche Amore, Modern Life Is War, Defeater, La Dispute & the noise-rock influence of acts like METZ & Unsane.

The ‘Greyscale Dreams’ EP is a culmination of all these influences in a dynamic set of four tracks. The sounds & themes stem from the angst of the daily grind, the people that get lost, perish in the process & remain forgotten in the apathetic, vast populations of Mumbai, a major city of the South Asian region. The lyrics are a commentary on the human condition in a bleak, black-white-and-grey world where the world gets farther from the light with each passing day.

Pacifist are more than ready to launch their brand of hardcore music firmly in the global landscape, embarking on a string of shows to promote the EP, produced & mixed by guitarist Apurv Agrawal & mastered by Brad Boatright of Audiosiege Studios. The EP artwork & booklet features strong, impactful shots that serves as a carefully constructed tapestry of city life in Mumbai in different locations & settings, shot by Abheet Anand & designed by Sanjana Bhatt of Blankfound.

Their debut EP launches digitally on the 16th of June, and the band has been working hard touring across India in support of their upcoming release.